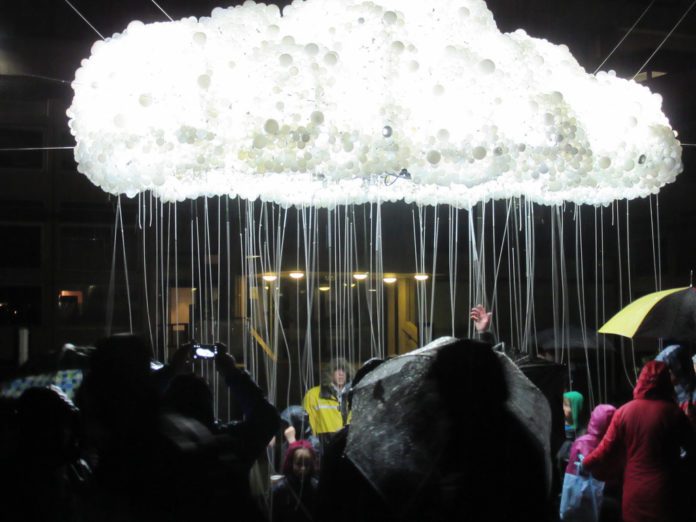 A spectacular of sound and light will grace our City again in 2017.

The City of Durham is well known worldwide for its cultural heritage, but that does not mean that we are standing still. The City and County are building a fine new reputation through imaginative use of Son et Lumiere, sound and light.

In November we experienced the ‘majestic’, ‘mesmerising’, ‘ever-changing’, ‘spectacle’, of Lumiere 2015. This bi annual event brings a breath of fresh air into our streets, plus a memorable experience for approximately 200,000 people, and a return on investment of £9.6 million to the greater economy.

The Durham Lumiere is creating a fresh cultural expose by lighting up the night sky and the entire City with the exotic displays that we saw last November; the expressions on the faces of people young and old are a joy to see.

Artichoke, the producers of such extraordinary live events, is one of the country’s leading creative companies and is a registered charity, funded by Arts Council England. Their stated aim is to ‘use art to undermine the mundane and disrupt the everyday, and create a new kind of world that we’d all like to live in.’ Fantasy is cool, having a great time in otherwise gloomy November is also cool, boosting our City and our local economy is excellent, we look forward to a sparkling Lumiere 2017 with eager anticipation. Seeing our home City in a different light can also be quite revealing.

Artichoke has produced the Durham Lumiere since 2009, and it has become the largest light festival in the entire country, and a feather in our collective cap. 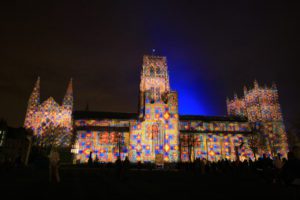 Events such as Lumiere 2015 were only the success that they were because of the entrepreneurial wise council at County Hall who should be applauded for their drive and managerial flair. In addition, the support provided by the many volunteers was priceless and such involvement is greatly appreciated and welcomed.

Having a fun time, enjoying the richness of our 21st Century cultural diversity, and generating much needed revenue for the City and County are all to be applauded. Events such as Durham Lumiere are building on the rich heritage lain down over centuries by creating a new 21st Century image of our County through sound and light.