With the sales upon us, many County Durham consumers will be hunting for bargains –not only on the high street but also over the internet.

With this in mind, a new initiative has been launched to combat the growing problem of counterfeit or substandard goods being sold online.

The Real Deal Online programme has been set up by Durham County Council to protect shoppers and small businesses from those hawking fraudulent goods, especially via buying-and-selling groups on social media.

The programme – run by the council’s Trading Standards team – will work closely with these groups and their administrators to stop the sale of fake products.

Trading Standards officers will be contacting the group administrators and asking them to follow the Real Deal Online Code of Practice.

The code of practice requires administrators to accept Trading Standards officers into their groups and to follow five simple steps:

Groups following this code will be allowed to display the Real Deal logo, assuring consumers that the group is free from counterfeit or illicit items.

This online initiative is an extension of the Real Deal campaign, which has been ensuring standards are adhered to at markets and car boot sales for almost a decade. Around 500 markets all over Britain have signed up to the voluntary Real Deal Charter.

Durham County Council’s head of environment, health and consumer protection, Joanne Waller, said, “County Durham is absolutely committed to ensuring that its citizens, legitimate businesses and the wider community are protected from the harm caused by the trade in fake goods.”

“It is vital that any illicit traders who think they can make easy money by ripping off consumers with illegal, substandard, often dangerous counterfeits are deterred at the earliest stage.”

“The internet and social media no longer offer an easy hiding place for those seeking to trade illegally.”

“Introducing the Real Deal Code of Practice and displaying the logo is reassurance for members of a group that it is a safe place to buy and sell.”

“It also enables the administrator of a group to send a ‘keep out’ message to any counterfeiting conmen who may try to infiltrate the group and who have no scruples about ripping off consumers, selling unsafe products or damaging local businesses.”

The national coordinator of the Trading Standards crime team, Mike Andrews, said, “Most shoppers and the administrators of buy-sell groups would be horrified to think that they may, unwittingly, be funding organised crime.”

“And many administrators are not aware that they could be held responsible for allowing illegal products to be advertised by members of their group.”

“The Real Deal Online programme is designed to help. It offers anyone running a local selling group the opportunity to work closely with participating Trading Standards services who will help them to introduce procedures to deter illicit traders from joining the group and causing harm.”

Administrators of buy-sell groups who would like to sign up to the Real Deal Online Code of Practice can email Durham County Council’s Trading Standards team on tradingstandards@durham.gov.uk.

To learn more about the Real Deal campaign, please go to www.realdealmarkets.co.uk. 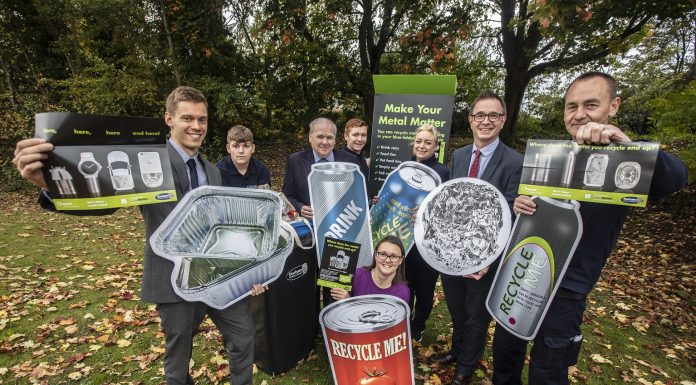 Durham Misses out on Recycling over 100 Million Cans a Year