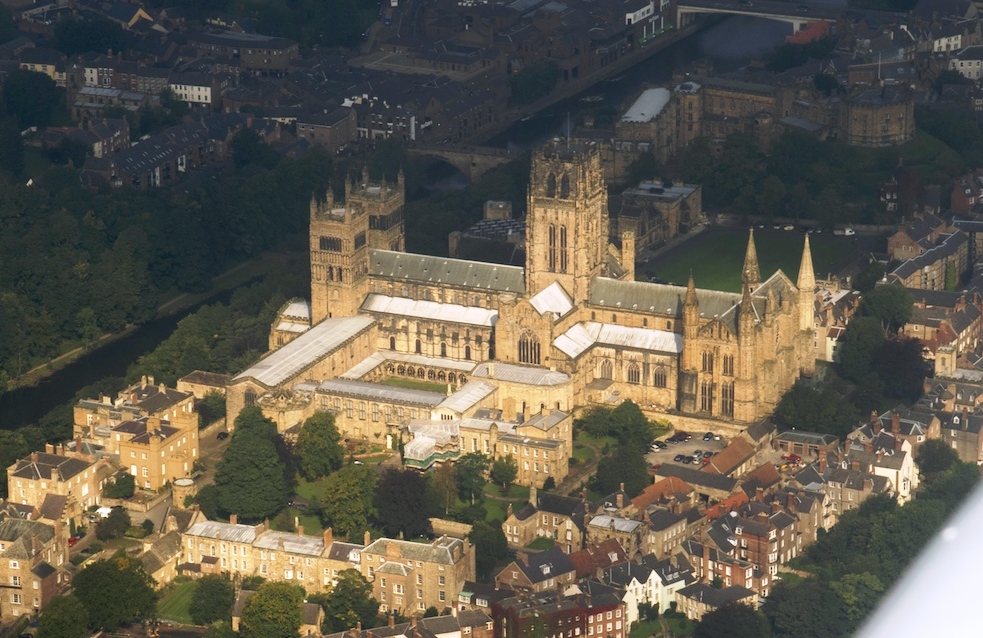 Durham Castle and Cathedral is a World Heritage Site. Built almost one thousand years ago by William the Conqueror to consolidate his grip on England, impose his political will on the otherwise fragmented tribal clans of the North, and relocate the Prince Bishops into the cloisters of the Cathedral.

Durham is a glorious County with the City at its Heart, the people of this fair land hardly need to be told that this is the case, however, sometimes it is good to be reminded of our heritage. Plus, we need to shout about our heritage to the very many people across the United Kingdom and the wider world beyond. Cities with a history as rich as ours need to broadcast it far and wide, 1000 years is to be celebrated, even though the Castle is not functioning as a means of keeping people out any more – rather it is helping draw visitors in. The permanent skyline statement of the Cathedral is there attracting attention, showing permanence and inviting tourism and industry to our Great City and County.

The World Heritage sites are designated by UNESCO. Set up in 1946 following WW2, UNESCO was founded on the belief that a peace based exclusively on the economic and political arrangements of governments could not secure the lasting support of the peoples of the world; it had to be founded on the intellectual and moral solidarity of mankind, and advanced through educational, scientific, and cultural relations.

Established in 1976 The UNESCO List included many profoundly important sites across the World from Egypt to Florence, Italy, and in Britain Stonehenge to Durham Castle and Cathedral amongst others. All such locations are noted for their Cultural and Historical significance enabling visitors, students, academics, and local people to understand and be at one with their ancestors who made these places often with their own bare hands. It is hard not to be amazed at the skill, and doubtless the lives, that went into creating these ancient places a millennium ago.

For those who have not witnessed the Castle and Cathedral first hand you have yet to understand why they have been selected as UNESCO World Heritage sites.

The Castle has a Norman Chapel dating to approximately 1072, it is the City’s oldest standing building and houses a clear example of Norman architecture, it’s rounded arches are very special, as is the almost stark interior lacking in decoration unlike the Cathedral Nave that is ornately splendid. Normans it would seem were grounded functional people just like those of present day Co Durham.

The Cathedral was completed in just forty years, the simple feat of building a Cathedral without 21st Century technology is shocking, commenced in 1093 the mother church of St Cuthbert has declared and celebrated Christianity without fail for one thousand years, such things are in the DNA of modern Durham. Understanding who and what we were can help us to know who we are now.