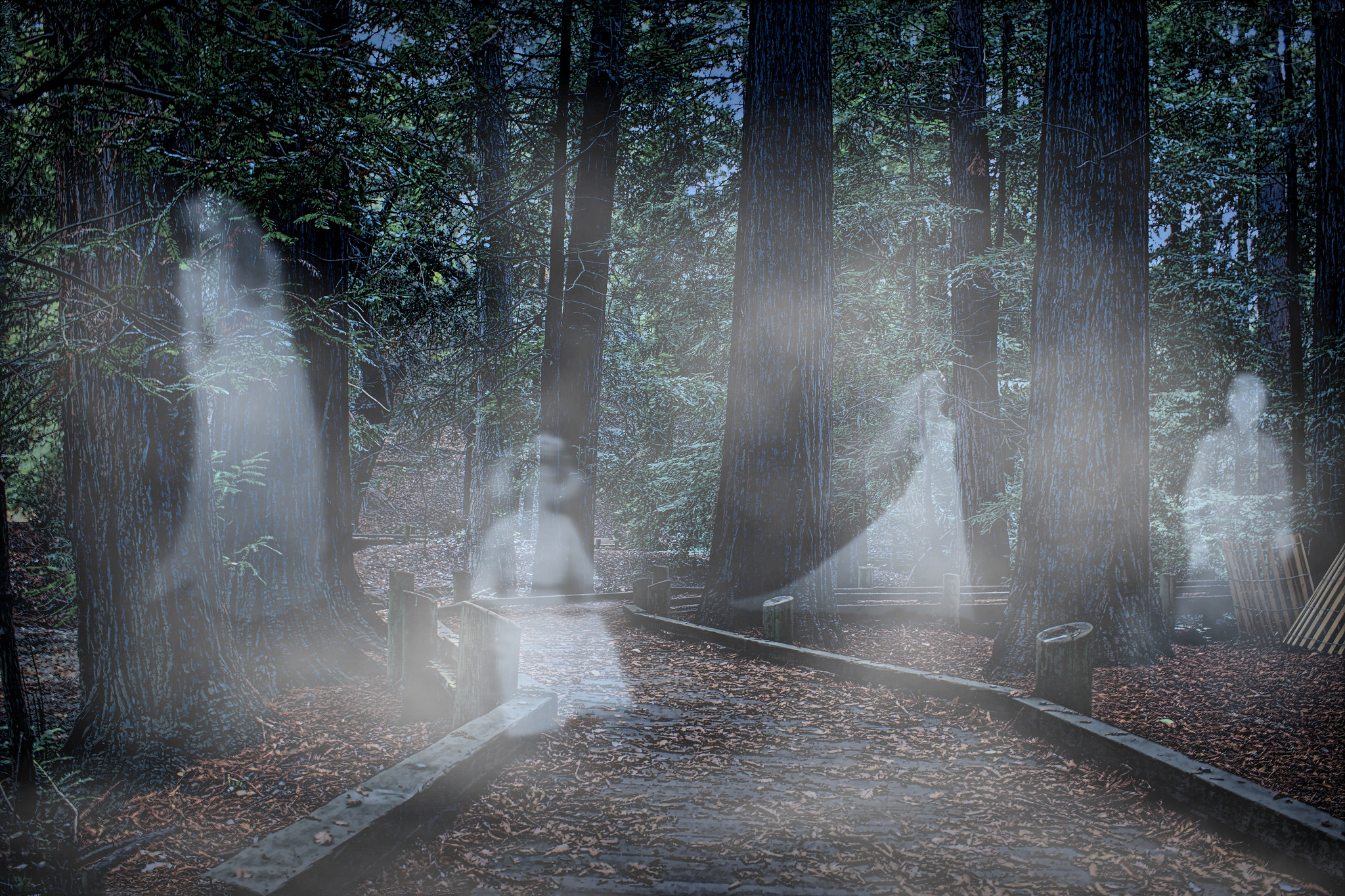 Ghostly happenings and legends are common place in Britain, one of The Tower of London’s ghostly visions is said to wander about at night with ‘head tucked underneath his arm’, knowing that places reputation there are doubtless many more candidates for a haunting. Durham City has no shortage of such presences.

Medieval Crook Hall and the lovely gardens is right in the middle of the City. The Hall was built in the 13th Century and has had plenty of time, and passing generations, that have left it occupied by a number of ghosts. In particular the White Lady is reputed to haunt the Hall, she has been sighted floating down the Jacobean staircase and there have been unexplained noises accompanied by the ringing of a bell at odd times and with no apparent help from the living. The White Lady also has a penchant for wandering the Minstrels Gallery and people have reported feeling a tap on the shoulder in this place when there was no one there, enough to send one fleeing into the gardens. The present owner has reported a dragging sound and the sound of footsteps on the staircase above, spooky in itself however there is no staircase above…

Lily of Lumley haunts Lumley Castle in Chester le Street, it is said. She was the wife of the builder of Chester le Street Castle, Lord Lumley. Whilst her husband was away from home a pair of catholic priests attempted to convert Lily to the ‘true faith’. Lily stood fast and refused so they tipped her down a well, they then attempted to cover their tracks by deception. Poor Lily is said to appear from out of the depths of the well no doubt hoping to spot her murderers and scare the pants off them. The Castle is now a fine Hotel; one hopes the guests are not too disturbed by the ghostly presence rising from out of the well on a dark night.

The Gray Lady of Durham Castle. The Black Staircase is said to be haunted by the Ghost of the wife of a 19th Century Bishop of Durham. The Lady fell to her death from The Black Stairs, she has not moved on it would seem, the level of the stairs has been changed but the Lady does not walk on the present level, she prefers the original level as it was when she fell. Creepy.

No one will ever know the truth of ghostly hauntings, are they real or a figment of someone’s imagination, drunken ‘sightings’ or factual left over from a previous time. Certainly some folks believe that they have seen or felt ‘something’ that cannot be explained to their satisfaction using logic. Maybe there are ghosts, maybe not. It is hard to believe they are simple ‘marketing ploys’ by ancient property owners trying to attract ghost hunters, as a sceptic may say of the Loch Ness Monster legend.

Fact or fiction, your guess is as good as mine, why not spend a day at Crook Hall and Gardens and see what you think, wandering the back stairs of the Castle in Durham may not be an option but it would be fun to seek out the White Lady, The Grey Lady and Lily of Lumley.