English place names may seem to have been made by a random name generator, but I have it on good authority (wikipedia) that they actually have meanings from olden days.

The University of Nottingham has a thingamijig you can use to look up the root meaning of English place-names, and here is a glossary of place-name elements in the Domesday book, listed by major historical groups.
The study of place names is called Toponomy, or Toponomastics, which sounds fancier and gets you more points in scrabble.

A scinna is a ghost or spectral monster in old English, and cliff is much the same, meaning cliff, steep slope, or riverbank. The best translations in modern Engish would be “Haunted Cliff” or “Hill of Ghosts”. I couldn’t find out the reason for this name, so you’ll have to make up your own story. My version is that the area was home to bandits who wanted other people to stay away, so they gave it a scary name and scattered the remains of their victims about the place: I know that’s true, because I made it up just now.

Meaning a path belonging to Brandon or Brandr. Whether this means that Brandon/Brandr made the path, owned it, or possibly charged a toll for using it is unclear. This is where George RR Martin took the name Brandon from for his books: you can be sure of that, because I asked George myself.

New means new, but bottle has nothing to do with glass or bravery: it’s derived from the old English word for dwelling. I wonder where the old dwelling of Bottle was? Did something happen to it, or is it still around, like York is to New York? And why isn’t either Washington USA called New Washington, or Washington UK called Old Washington? It’s a shambles, and somebody other than me should do something about it. I would do it myself, of course, but I have to finish this article.

A lumm is a pool in Old English, and a leah can be either a wood, a clearing in a wood, or a meadow. Alternatively, the name might be Gaelic, which is older than Old English, meaning “the bare place” (lom+lle). When Topologists have a disagreement about the origin of a name like this, they settle their differences through a rigorous academic process of bare-knuckle brawling in the car park. I learned that by asking a Topologist, who made it up just for me.

Great Lumley is home to one of the world’s last remaining original televisions.

Hett simply means hat, referring to the shape of the local hill. Legend has it that this hill was an ancient tourist attraction and people would come from far and wide to see the biggest hat in the land. Men would compete to see who was strong enough to don the hat. I was able to discover this information thanks to my team of researchers, who assure you that they know what they’re talking about.

Do you come from a place with an unusual name? Let us know in the comments below. 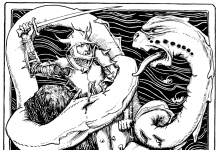 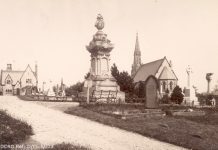