Plans have been unveiled for a new eight-million-pound bus station on Durham’s North Road. The rebuilding of the city’s bus station will be part of a general overhaul of the whole area around North Road, which will include upgrades to roads and paths and the provision of space for a new major retailer.

Durham County Council is liaising with a number of organisations, such as Design North East and Historic England, to make sure that its redevelopment plans manage to both meet passengers’ needs and blend in with Durham’s historic environment.

The Council has also acted on feedback from the public gathered during two previous rounds of consultations, pledging to ensure there is sufficient green space and to use construction materials that reflect the surrounding buildings.

A public consultation exercise is planned for late October and the council hopes that work on the scheme can begin in the next three years. Some work has already started on improving local paths and roads.

Counsellor Neil Foster, a cabinet member for economic regeneration, said, “North Road is a vital part of Durham City and one that is clearly a top priority for residents, businesses and visitors. Being on the north east main line, the bus station is not just a major transport hub for those working and living around the county, but also a gateway to the whole county.”

Mr Foster went on, “So by creating a new bus station and transforming North Road we hope to improve people’s experience of travelling across County Durham and beyond. A new bus station would allow us to free up prime retail space in the city. Due to the size of the site, it will offer a unique opportunity for a larger store to move into the city centre, creating jobs and further increasing the retail offer for residents and visitors.”

Other aspects of the regeneration plan involve creating a new junction and pedestrianizing a stretch of North Road. Pedestrian crossings would link the bus and rail stations, and sites would be available for hotels and offices.

There will be a two-day public exhibition of the Council’s proposals at North Road Methodist Church on Thursday 20th and Friday 21st October, between eleven am and six pm. Anybody wishing to voice an opinion on the plans can go to www.durham.gov.uk/northroad before 4th November, which is the consultation deadline. 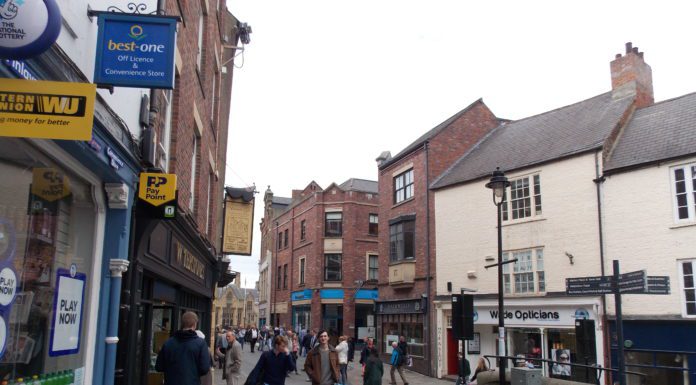