An appeal has been launched to save Dunelm House, an iconic yet controversial Durham building, from the wrecking ball.

Dunelm House – a multi-level series of concrete cubes clinging to the cliffs above the River Wear and opposite Durham Cathedral – is considered a striking example of 1960s brutalist architecture.

But owners Durham University would like to demolish and replace Dunelm House, claiming that it is badly in need of expensive repairs and that its concrete cubes are not suitable for 21st century purposes.

The appeal, launched by the architectural group The Twentieth Century Society, is seeking to challenge a recent decision by culture secretary Karen Bradley not to make Dunelm House a listed building. Listing the building would make it far more difficult for the university to get permission to knock it down.

The Twentieth Century Society has requested that a formal review should be carried out into Ms Bradley’s decision.

Clare Price, the Twentieth Century Society’s senior conservation advisor, said, “We think the minister should reconsider the reason not to list Dunelm House.”

“We consider the issue she has ruled on is one of repairs and not design. The state of repair is not a valid reason when deciding whether a building is listable.”

“The fact is Dunelm House is still standing 50 years later. If it had fundamental design flaws, that would not be the case.”

“It’s a fantastic building and Historic England has recommended it should be listed more than once.”

“We think this has been blocked for political reasons rather than anything to do with the building.”

Designed by Richard Raines with help from the award-winning architect Ove Arup, Dunelm House was an answer to the challenges posed by a riverside site in the New Elvet area the university had acquired. Any building constructed on the site would have to be built on a steep slope that included a 50-foot drop down to the Wear.

Raines’ solution was to build a series of multi-level cubes, with their back walls right against the cliff face and their fronts supported by concrete props.

Dunelm House contains other quirky design features. It has a unique, completely straight internal staircase, which is meant to imitate a street climbing up the slope from the river. The building is constructed from a special type of concrete, which its architects were so keen on that even the legs of the pool tables and the ashtrays in the Student Union bar were made from it.

Dunelm House was also designed to complement Kingsgate Bridge, Ove Arup’s grade-one-listed footbridge which spans the River Wear at a vertigo-inducing height of 66 feet. Kingsgate Bridge, which is not under threat, was so loved by Arup that he instructed his ashes should be scattered from it.

On its completion in 1966, Dunelm House was praised by architects and journalists. The building won a Civic Trust Award in 1968.

A spokesperson from Durham University said, “Dunelm House is not able to accommodate new uses or to endure (as it is) without very considerable investment in its design and repair, estimated at £14.7 million.”

“The university considers that the practical and responsible decision would be for us to work with statutory bodies and local residents to achieve the replacement of this building as part of the comprehensive redevelopment of the university estate in New Elvet.”

A 38 Degrees petition has been launched to save Dunelm House, which can be accessed at you.38degrees.org.uk/petitions/save-dunelm-house. 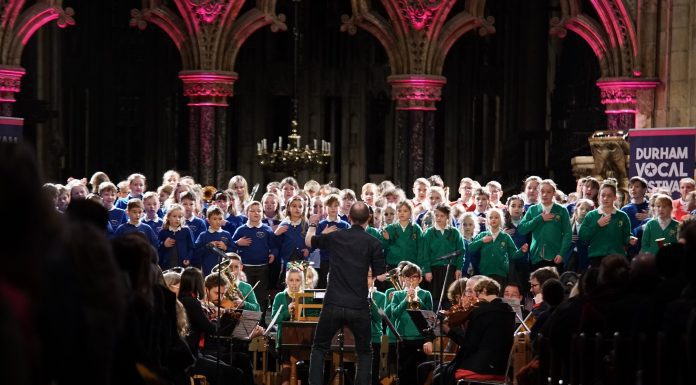