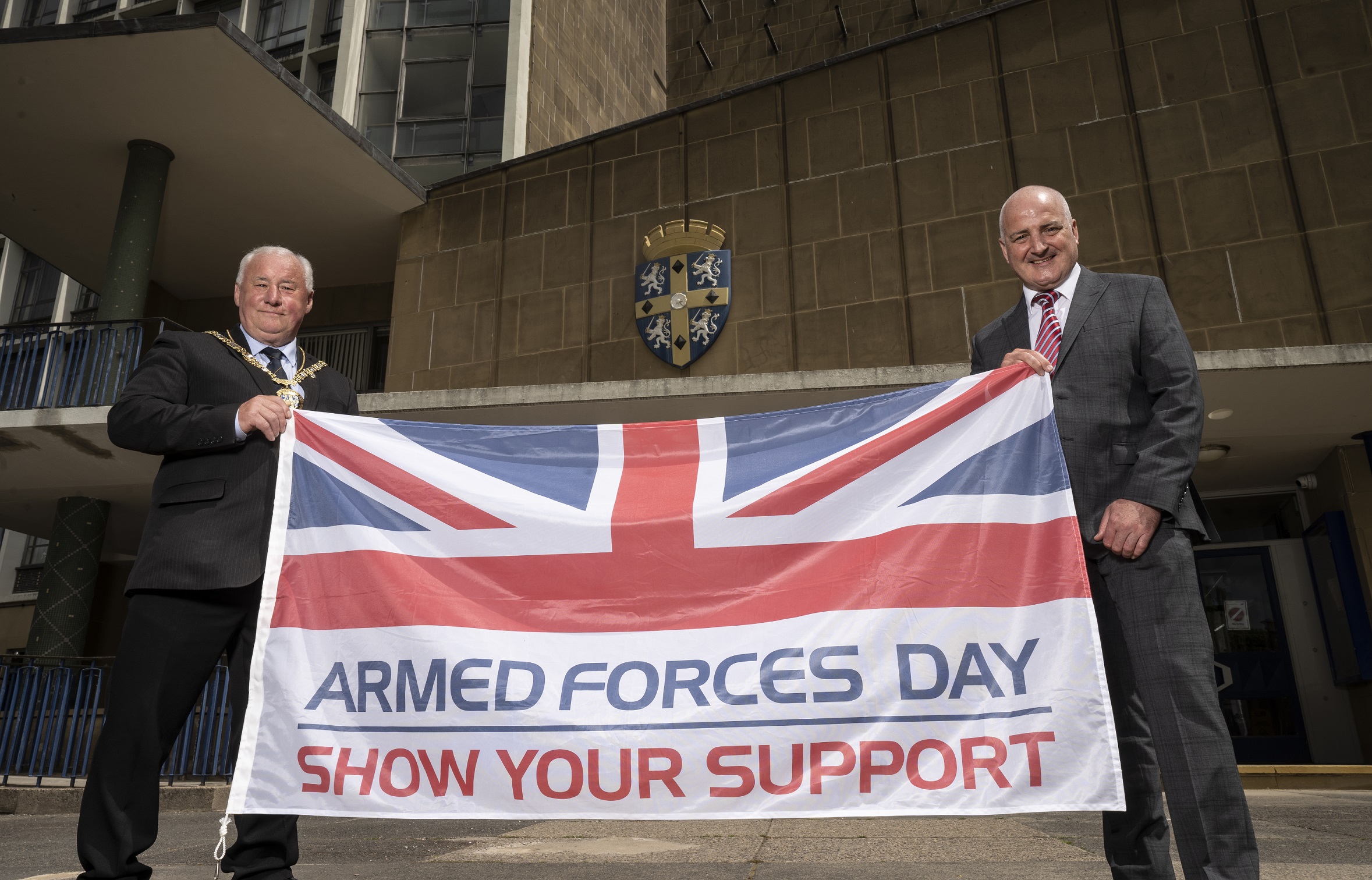 Staff and elected members at the region’s largest local authority will celebrate civilian and uniformed personnel on a national day to honour the armed forces community.

Armed Forces Day, marked this year on Saturday 26 June, is an annual opportunity for the UK to celebrate the work of its Armed Forces and the Armed Forces community from currently serving troops to service families, veterans and cadets.

For the second year running, the annual Armed Forces Day will be celebrated mainly with virtual events due to the Covid pandemic, and a national campaign is encouraging people to post photos of themselves giving a salute to the armed forces on social media, using the hashtag #SaluteOurForces.

In 2018, the council received a Gold Award through the Ministry of Defence’s Employer Recognition Scheme, which recognises employers who demonstrate positive attitudes and policies towards serving and ex-members of the Armed Forces.

During recent years, the authority has introduced a number of policies aimed at creating fair and equal opportunities for those who serve, including up to 10 days of paid leave for reservists and Uniformed Cadet Force Adult Volunteers to attend training.

A guaranteed interview scheme is in place for veterans, and The Armed Forces Outreach Service is available to support and help serving personnel, reservists, veterans and their families.

Durham County Council’s Armed Forces Champion, Cllr Paul Sexton, said, “Durham County Council is always proud to support forces personnel and their families, but this year it seems particularly important to recognise the invaluable contribution the forces have made to the nation’s efforts to tackle the Covid pandemic, particularly their hard work in helping to deliver the successful vaccination programme.

“It is disappointing not to be able to celebrate Armed Forces Day with the usual larger events this year, but our council will continue to demonstrate its commitment to our armed services in any way we can.”