On January 28th, Durham held celebrations to welcome in Chinese New Year. A spectacular lion dance, a martial arts display and a Chinese craft workshop all saw our city mark the beginning of the Year of the Rooster.

Now, as is the custom in China, Durham will be bringing the celebrations to an end with a traditional Lantern Festival. In Chinese culture, the Lantern Festival occurs on the 15th day of the first month of the New Year.

Durham University’s Oriental Museum will be hosting a Lantern Festival on Saturday, February 11th. The museum will be putting on a number of rooster-themed craft workshops and discovery trails for families, as well as a dragon dance and a story-telling session.

The event, which takes place between 6.00 pm and 8.00 pm, will see the museum lit up with stunning Chinese lanterns.

Typical Chinese New Year foods like spring rolls will be on offer. There will be a performance by a Korean percussion group from Durham University, as well as workshops in taekwondo and Korean calligraphy, and the chance to have a go at some oriental games.

The Oriental Museum’s access and community engagement officer, Charlotte Spink, said, “This year’s Lantern Festival is going to be wonderful.”

“We have been able to work with volunteers from Durham University Korean Society to put together a great programme.”

Admission costs £2 per person, but children under two get in for free. The first 100 children to arrive will be given a free lantern.

The Lantern Festival may have been celebrated in China as early as 200 BC. During the festival, children carry lanterns in processions to temples and solve riddles that are carved into the lanterns. Some lanterns are very ornate, often in the shapes of animals, and the lanterns are usually red, which is a lucky colour in China.

In Hong Kong and Taiwan, the Lantern Festival is also seen as the Chinese equivalent of Valentine’s Day. 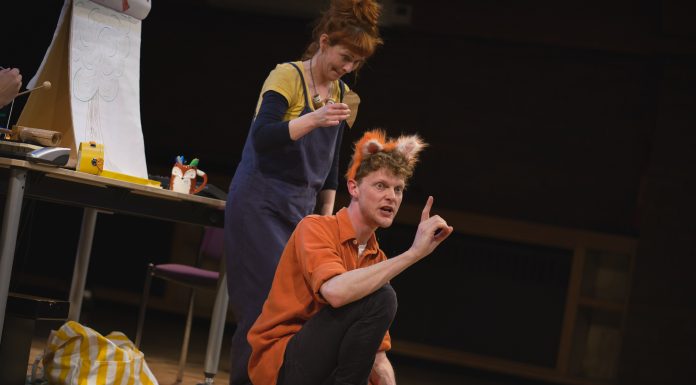 Traditional Folktale to Get Easter Twist at Durham’s Gala Theatre