Unions representing County Durham’s teaching assistants have announced another two days of strike action for next week. The strikes are due to take place on Wednesday November 23rd and Thursday November 24th.

Around 1,000 TAs are expected to walk out. The council’s list of affected schools can be accessed here.

Strikes last week affected 100 County Durham schools. 43 had to close completely while others were forced to cancel some classes. Picket lines were formed outside some schools, with most parents seeming to back the teaching assistants.

Durham County Council has criticised the teaching assistants for announcing the latest strikes on social media before giving official notification to the council. The TAs countered that they had to get the word out quickly to ensure the strike was legal.

Another DCC untruth. The strike would be illegal had they not known by 1pm. #ValueUs pic.twitter.com/oHM2wk6qk3

Councillor Jane Brown, cabinet member for corporate services, said, “We are extremely disappointed to have learnt about a second round of industrial action on social media, several hours before we received official notification.”

“It is particularly frustrating given that, despite offering to talk to Unison again last week, further industrial action has been announced.”

“We hope that, as was the case last time, the vast majority of schools will be open and the majority of teaching assistants will be at work as normal.”

The long-running dispute began when Durham County Council announced plans to fire its TAs and reemploy them on new contracts. The new contracts would see TAs paid just for the hours they work in term time and not for holidays.

The TAs claim this could lead to them losing 23% of their yearly wages, which would work out at nearly £5,000. 2,398 TAs would be affected by the changes.

Although one union, the GMB, accepted a compromise in which the council promised to postpone the changes for two years, two other unions – Unison and the Association of Teacher and Lecturers (ATL) – voted overwhelmingly to strike.

During last week’s strike, around 1,500 Durham teaching assistants and supporters attended a huge rally at the Miners’ Hall, in Redhills. At the rally, Unison general secretary Dave Prentis said,

“There will be no end to this dispute until Durham County Council realises it can’t get away with slashing the wages of low-paid teaching assistants.”

“We know the council is under the cosh from government cuts, but they have to prioritise frontline services, and it doesn’t get much more frontline than supporting our schoolchildren.”

“If this council believes they can starve you back into work, they have another thing coming.”

“We will not have our members threatened with dismissal when they are standing up for their rights.”

The council says it was forced to bring in the contract changes after receiving legal advice that a failure to do so could lead to costly pay claims from other council employees who are already paid by the hour. 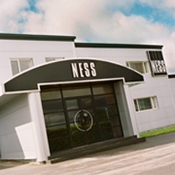