On Thursday last week, the ex-pit village of Easington Colliery, County Durham, illuminated a tree-lined walkway to remember those who lost their lives in a mining disaster 65 years ago.

81 miners lost their lives following an explosion 900 feet underground in the Duck Bill area of Easington Colliery’s pit. Two rescue workers also died in the catastrophe, which was the worst mining accident in County Durham’s history.

On May 29th 1951, at 4.20 am, an explosion tore through the mine. A blaze then spread through the pit’s tunnels for nine miles, causing the roof to collapse. Many miners died immediately; others trapped underground were killed from breathing in poisonous fumes.

On Thursday evening, the trees along Easington Colliery’s Memorial Avenue were illuminated to remember those who lost their lives.

David Boyes, Durham County Councillor for Easington Division, switched on the lights. Mr Boyes also read out a poem and called for a minute’s silence before locals shared their recollections of the mining disaster.

A big thank you to everyone that came along to #StoriesofEasington and celebrated Easington with us! We’ll be sharing the photos soon ? pic.twitter.com/NZHKBy5XSy

The Welly, or Social Welfare Centre, hosted a performance by the Easington Colliery Band, a photography exhibition and activities involving the Easington Writers’ Group.

Avon Street, made famous by the film Billy Elliot, was the venue for a dance performance, which anybody could join in, set to the Billy Elliot soundtrack.

A hot broth was served in Café Together – which normally provides locals with hot meals for just one pound – and the Dennis Donnini Memorial Garden was festooned with artwork made by local schoolchildren.

Speaking of the illuminated walkway, Nikki Locke, head of East Durham Creates, said, “This moving tribute to the Easington Colliery pit disaster marks the start of an event which really celebrates the people and the town of Easington.”

“The community has come together to create this wonderful evening, which builds on the rich history and heritage of the town and looks to its bright future.”

“The Easington Stories event will enable the community to remember, commemorate and celebrate our heritage.” 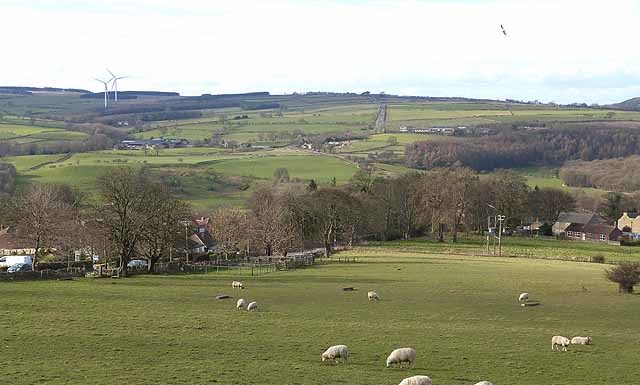 Looking Ahead there are Good Foodie Delights to Come.