Durham Miners’ Gala witnessed record crowds of over 200,000 on Saturday as ex-miners and their families, trade unionists and left-wingers flocked to the city to hear speakers like Labour leader Jeremy Corbyn and film director Ken Loach.

As is traditional, crowds assembled in the city centre before a parade – featuring brass bands and miners’ banners – marched through Durham’s streets.

As is also traditional, the marchers filed past the Royal County Hotel, as Mr Corbyn and other guests watched and waved from the balcony. The procession then wound its way out to the racecourse, where the speeches took place.

Both a celebration of the north east’s mining heritage and a political rally, the Durham Miners’ Gala is Europe’s largest trade union event.

Mr Corbyn appeared to be the festival’s main draw. Crowds sang the now-familiar ‘Oh, Jeremy Corbyn’ chant and some marching bands even played the Seven Nation Army tune, from the White Stripes, to which the chant is set.

As the sun shines, @jeremycorbyn and @AngelaRayner watch the bands from the balcony of the County Hotel #DurhamMinersGala pic.twitter.com/Y5A6oSBIl5

Jeremy Corbyn used his speech – to the 133rd Durham Miners’ Gala – to demand an end to austerity and to urge Theresa May to call another snap election.

The Labour leader told the crowd that his better-than-expected general election performance had stemmed from “not just the excitement of youth, not just the concerns of older people” but “a fundamental unease – unease that a society can go on in this direction with poverty and inequality alongside very rapidly rising huge individual wealth for a small number of people.”

“We got that support because we were offering something very, very different.”

“I’ve got good news for the Tories,” Mr Corbyn continued. “I know they’re living through a nightmare at the moment.”

“I’m somebody, as you’re very well aware, that doesn’t get involved in personal abuse and would never exploit somebody else’s misfortune – so I want to help these Tories out of their nightmare.”

“Feel free, at any time, to resign, and we’ll have another general election.”

Labour is currently on around 46% in the opinion polls – eight points ahead of the Conservatives.

Mr Corbyn’s speech was, however, disrupted by a woman who invaded the stage and clung onto the Labour leader as nearby trade unionists struggled to remove her.

After the incident, Mr Corbyn said, “Someone wants to have a chat with me about a couple of things. I’m very happy to do that. I do talk to everybody.”

One of the greatest days I’ve ever had was attending Durham Miners’ Gala – solidarity to all those who are there today pic.twitter.com/aveOD7iEq4

In his speech, the I,Daniel Blake director, Ken Loach, said, “We stand at a moment of great hope. Why is it a moment of hope? Because we have a Labour leadership that for the first time in my memory stands with the people.”

“The wind is in our sails. We nearly won a great victory and will do next time.”

The leader of the Unite union, Len McCluskey, told the crowd Jeremy Corbyn was “a prime minister in waiting” and added, “I’ve been to many Miners’ Galas over the years, but this has to be the biggest, loudest and proudest one I’ve ever seen.”

“Just like I’ve never seen rallies like those for Jeremy during the election campaign – it’s extraordinary this enthusiasm for our movement that has built for Jeremy’s vision.”

Alan Cummings, the secretary of the Durham Miners’ Association, which organises the Gala, commented, “The Gala is a celebration of mining culture and history, but there has always been a political side and more and more people are staying to listen to the speeches.”

“Jeremy has tapped into something. Hopefully, we have got the next prime minister speaking here.”

“I still get a real buzz from the Gala. It reinvigorates the soul and recharges the battery.”

Paying tribute to his predecessor, the late Dave Hopper, Mr Cummings said, “Davey supported Jeremy from day one and it’s sad that he hasn’t lived to see what took place in the last few months.”

“He will be up there smiling because it has come round to his way of thinking.”

The Durham Miners’ Gala also featured a funfair, exhibitions, stalls and a service in Durham Cathedral. However, a planned music event, the Marras Festival, had to be postponed till next year due to a funding shortfall. 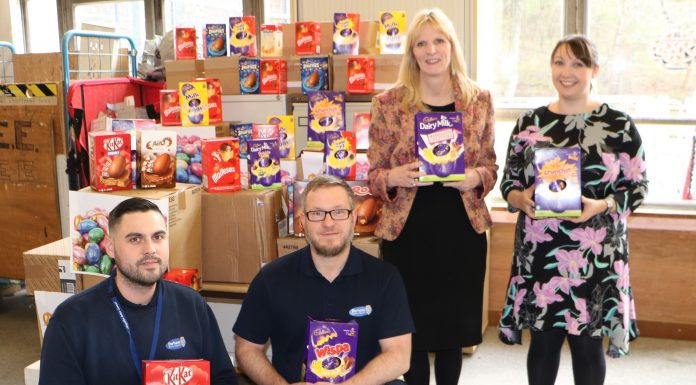 Who Says Dogs Are Dumb Animals? Certainly not the Owner of a Guide Dog.