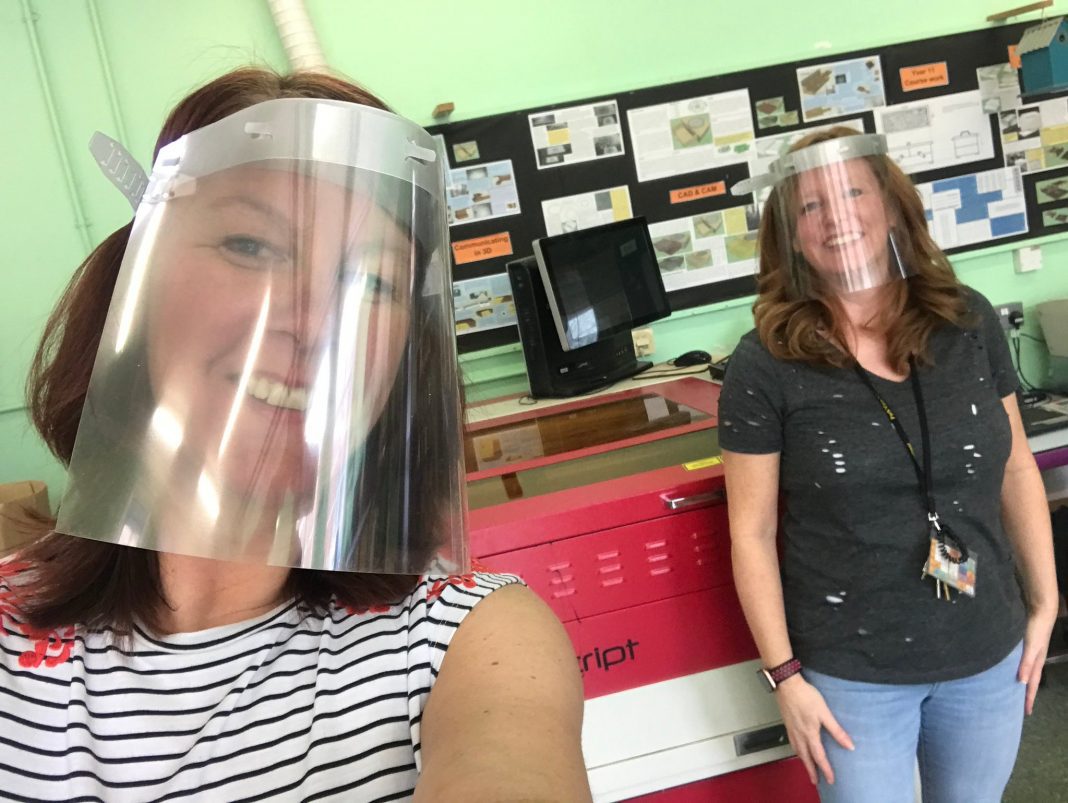 Park View School received a grant of £8,772 to enable its Design Faculty to produce visors, which it is donating to doctors’ surgeries and care homes.

Councillors Alison Batey, Colin Carr and Danny Wood, all ward representatives for Pelton Division, have supported the school to purchase a second laser cutter and materials to double the number of visors it can make.

The school, which has remained open to students of key workers during the lockdown crisis whilst supporting others with home schooling, was initially creating 50 visors a day to help combat a shortage of protective equipment.

However, it received such an overwhelming response that demand outstripped capacity, so local councillors offered to fund a second machine meaning the school can produce up to 100 visors a day.

Mr Finley, Head Teacher at Park View School, said: “I am delighted that such a huge amount of goodwill has been shown in the area, and I am pleased we can play our part. We will continue to make visors as long as they are needed.”

Michael Wilkes, coordinator for the Chester-le-Street and District AAP, said: “Park View School has gone above and beyond the call of duty to respond to the needs of the local community. This provides just one example of where the AAP has been able to support councillors in its area to distribute their budgets where they are most needed during these unprecedented times”.

Further information about the 14 AAPs which work across County Durham is available at www.durham.gov.uk/aaps