County Durham’s Sam Lavery has briefly returned home after crashing out of the X Factor on Sunday. She is taking a rest in her home village of Coxhoe before beginning a packed schedule of concerts and appearances.

Sam finished in overall seventh place on the ITV show. After finishing in the bottom two on Saturday, following her slowed-down rendition of disco classic I Will Survive, she had to compete in a sing off with Ryan Lawrie.

Although Sam delivered an emotion-packed rendition of No More Drama, the judges were split, with two backing Sam and two backing Ryan. So it went down to the public votes the pair had received and Sam was unfortunately eliminated.

But Sam took her exit gracefully. She said, “I feel really happy. I’m obviously gutted I left the show, but I’ve made it to the final seven, I’m on the tour.”

“I just want to work hard now and I’m so excited about what I can do. I’ve loved it; it’s been amazing, such a positive thing for me.”

Some of Sam’s fans have criticised her mentor Simon Cowell for not giving her the up-tempo songs that could have won her more votes. But Sam said, “Finding the right songs was so hard. The themes each week restrict what we can do. But me and Simon, I loved working with him, we got on really well.”

“I look back to my first audition and now I look like literally a different person. He’s really helped me be confident just to be me.”

“It would have been great to have done an up-tempo song and I think if I’d stuck around a bit longer I probably would have got one, but I loved all the songs I performed.”

THANK YOU FOR EVERYTHING!!!!!! I’m so excited for what’s to come! You guys are the BEST!!!❤️ pic.twitter.com/qUOUoAedVK

Sam will get back together with her fellow X Factor contestants to perform in the show’s final later this month. She is also booked in to do a gig in Cardiff and to perform at London’s G.A.Y nightclub. In addition, she will be performing in Scotland as a support act to the 2014 X Factor star Fleur East. Next year, Sam will be taking part in the X Factor Live Tour.

Sam’s family have been incredibly supportive throughout her X Factor adventure. Sam’s mam Tracey said, “What’s impressed me most of all, apart from her voice and her singing, is how she’s handled the whole experience. She’s so genuine; she’s handled it all really, really well.”

Sam’s grandad commented, “It’s been a great journey; it’s been a big thrill to see her on the big stage. She’s singing in front of millions of people, a young girl, 17-years-old; that takes a lot of bottle to do that.”

“Her attitude has been fantastic all the way through and even though she was obviously upset (to leave) there was no negativity.”

“She’s done an amazing job and I’m still completely in awe of her.” 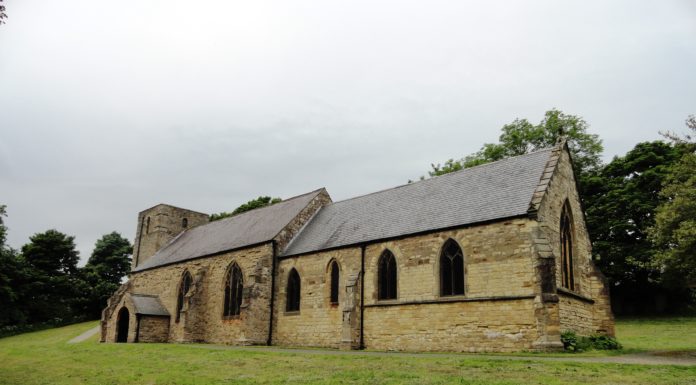 Historic Church Gets Grant to Save Roof

Who Was St George and Why is he England’s Patron Saint?

Muddy Mayhem Obstacle Course back at Hardwick Park this Autumn