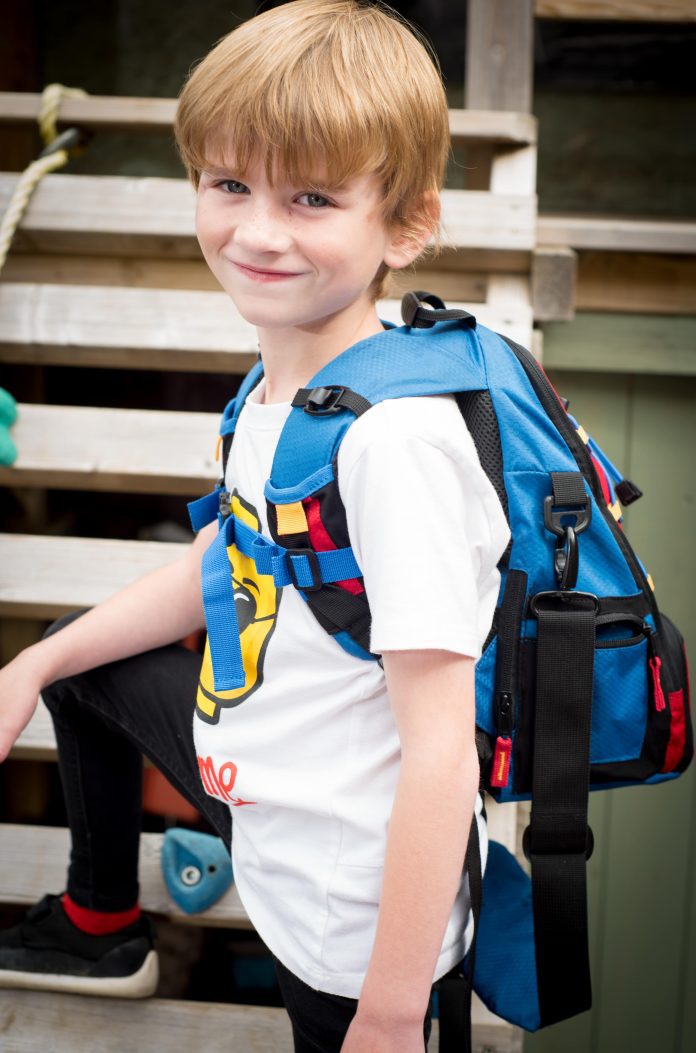 A seven year old boy, Ezekiel Martin from County Durham is leading a national awareness week campaign for a charity that supports people who rely on artificial nutrition through tube feeding.

Ezekiel, who has had a feeding tube since he was a baby and has to be artificially fed for seventeen hours each day, is opening the charity’s awareness week with a call out to other people with a feeding tube to challenge themselves to do something outside their comfort zone.

The charity – PINNT – was set up to support patients like Ezekiel who need artificial nutrition. Each year, they run an awareness campaign called Home Artificial Nutrition Week (HAN Week).

“I think being tube fed is okay,” Ezekiel says “It can be quite hard sometimes but I can still do lots of things that I love. I hope people will learn about tube feeding and see that we are just like other people.”

Ezekiel, has relied on artificial nutrition since he was a baby because of food allergies and eating problems. He receives most of his nutrition through a tube and can only eat small amounts of food and drink small glasses of water. Since he was eleven months old, he has carried a 2100g backpack containing his feed when out and about.

Alongside his work championing PINNT, he has also led awareness raising activities at his school, including making an assembly presentation on tube feeding and leading his classmates in an experiment to test out wearing similar backpacks. He has had multiple hospital stays and 21 operations in five years.

Ezekiel’s Mum Amy says “It’s a real honour for Ezekiel to lead this campaign. PINNT does such good work to support families who have to adjust to the realities of life with tube feeding.

“Despite Ezekiel’s positive attitude, there is no denying that being a parent to a child who is tube fed is challenging. Every month we have over 50 boxes of medical supplies delivered to the house, and so we have a cupboard and a shed full of the medicines Ezekiel needs just to get his basic nutrition. Obviously, life is not straightforward.

“The support and sense of community that we get from PINNT is vital. I’m thrilled for him that he is able to give something back.”

“Ezekiel embodies the spirit of HAN Week,” Says Carolyn Wheatley, Founder of PINNT, “he is always challenging himself and wants other people to do the same too in order to show the world that relying on artificial nutrition shouldn’t hold you back.

“Our goal during HAN Week is to inspire people to feel better and more positive about life, and to help raise awareness, and we are thrilled that Ezekiel will lead our efforts to do this. Many of our members have been particularly vulnerable to coronavirus and have had a difficult few months. Ezekiel has been chosen to lead this campaign because he has just the right attitude to lift everybody’s spirits. Well done Ezekiel!”

Home Artificial Nutrition Week (HAN Week) is run by national charity PINNT and is dedicated to raising awareness about essential and life-saving nutrition treatments received by people living at home, not in a hospital.

PINNT (a support and advocacy group for people on home artificial nutrition) is a national, independent, not for profit membership charity established over 30 years ago. PINNT provides support and understanding to hundreds of adults, children and their families adapting to life on home artificial nutrition. PINNT provides this support directly via local and regional groups, online via forums and literature, and a national telephone and email helpline.