The most senior Spanish official in Britain paid a visit to County Durham last week.

Mr Bastarreche, who has served as the Spanish Ambassador since 2017, was shown round Durham University’s Palace Green Library, where he viewed Spanish documents and manuscripts.

He also spoke with the university’s Spanish staff and students and learned about the recently founded Zurbaran Centre of Spanish and Latin American Studies.

Mr Bastarreche was shown round Durham Cathedral by the Dean of Durham, the Very Reverend Andrew Tremlett, and he attended a dinner given by Durham University, where he met university staff, local business leaders and council officials.

In Bishop Auckland, the ambassador called in at St John’s School and Sixth Form. There he saw how the Spanish language is taught in County Durham’s schools and he also met a group of Spanish students who were on an exchange visit.

Durham County Council and Durham University have been working with the Education Office of the Spanish Embassy to establish a special programme to support the teaching of Spanish in County Durham.

During his visit, Mr Bastarreche met with primary and secondary school headteachers to discuss how the Spanish language and Spanish culture are taught in County Durham.

The Spanish Ambassador also toured a number of regeneration projects, including the Auckland Project, which has involved the restoration of Auckland Castle and the establishment of a new Spanish art gallery.

The leader of Durham County Council, Cllr Simon Henig, said, “We were delighted to welcome the ambassador to see what makes Durham so special and to discuss how we and our partners can work together to celebrate Spanish art and culture in our area.”

Mr Bastarreche commented, “I am really impressed by the dynamism of County Durham in all respects – the rich heritage, the outstanding university and the ambitious regeneration project that is now developing in Bishop Auckland.”

“I think this set of initiatives is going to be a major contribution to Spanish language and Hispanic culture in the region and will create new opportunities for County Durham as a unique hub for Spanish culture within the UK.” 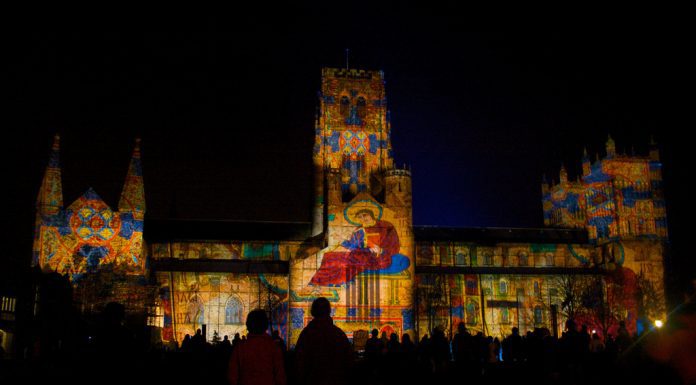