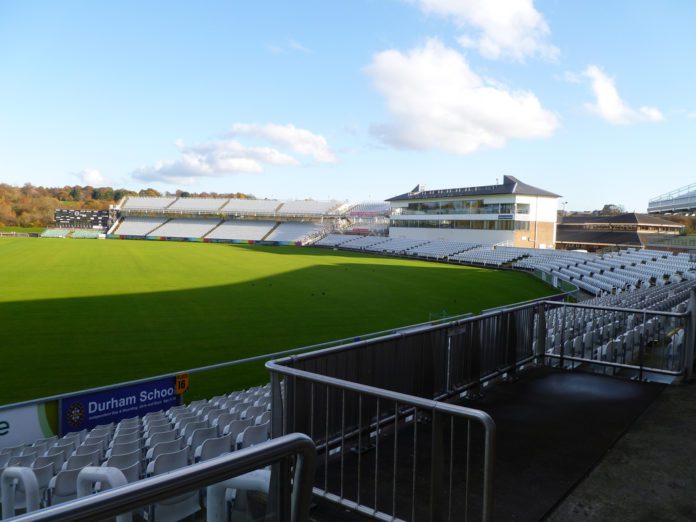 Former Durham academy and second team star Tom Latham has agreed to rejoin Durham as the English county’s overseas player for the second half of the 2017 campaign. Earlier this week, Durham announced that South Africa batsman Stephen Cook has now signed with the county for the first half of the upcoming season – leaving a gap in the market for the latter stages of the cricket year.

If truth be told, Durham probably would have tried to sign Cook on a one-year deal, but he is expected to join up with South Africa’s international squad for this summer’s Test series in July and August. However, Cook’s loss is Latham’s gain and the New Zealand opener will join up with his new side after the Champions Trophy in June as a direct replacement for Cook. And let’s be honest, he is certainly capable of coming in and causing a ruckus in the second half of the year. And that is exactly what Durham might need.

BLACKCAPS opener Tom Latham is up into 26th spot on the @ICC Test batting rankings ?? https://t.co/cxnMYj2Wa0

Without a shadow of a doubt, Latham is a very talented, competent batsman and the left-hander is an emerging force in both Test and one-day international cricket. Durham fans will be hoping that the 24-year-old has a positive impact at county level as Jonathan Lewis’ side look to get back to Division 1 at the first time of asking.

For now, Latham will remain focused on helping New Zealand in their bid to win their first Champions Trophy since 2000, back when it was known as the KnockOut Trophy. At the time of writing, the Black Caps are priced at 7/1 to win the competition in bet365’s cricket betting odds and the opening batsman will certainly have a key role to play throughout the tournament.

Last year, the New Zealander played for Kent at County level, and he made an immediate impact on his debut. Latham notched half centuries in each inning in Kent’s 10-wicket win against Glamorgan; the first player to record such a feat for the county. In 77 first class outings, Latham has averaged 41.90 – a decent tally for a batsman at the top of the order.

Despite Durham’s controversial relegation to the second tier of English cricket, this is a promising time to follow Lewis’ side and two of the best overseas players in the game will be strutting their stuff for the county next year. 34-year-old Cook has bags of experience, and he is in fantastic nick right now; recording a century on his Test debut against England last year. From there, he hasn’t looked back…

With Cook and Latham offering support at the top of the order throughout the year, the future looks bright for Durham. A 48-point deduction awaits but after that, Lewis’ men can focus on getting back to the summit of English cricket. A solid showing in the One-Day Cup could help to build momentum as Durham look to rebuild and both Tom Latham and Cook will be looking forward to starting that process.