Home Entertainment Review: The Big Meeting – A Documentary About The Durham Miners’ Gala 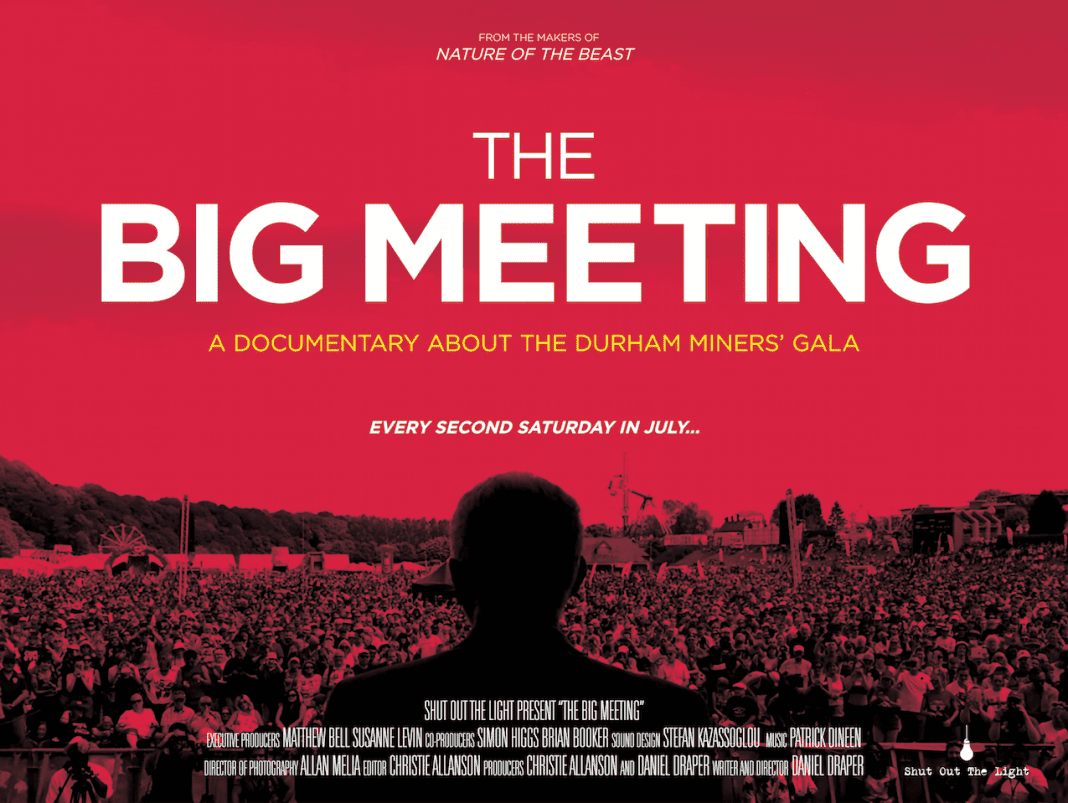 To anyone living anywhere near Durham city centre, the Durham Miners Gala is difficult to miss. To those living on the brass band marching route, it is (for better or worse) impossible to miss. Equally unmissable to those, like me, who have attended the Gala for years is a new documentary about the famous event. The Big Meeting, produced by independent Liverpool production company Shut Out the Light is a celebration of every aspect of the famous event.

The history of the Durham miners is a mixture of heritage, community and culture that formed in spite of the terrible conditions and experiences of mining communities. It is no surprise then that Durham – one of the most prominent areas at the heart of the UK’s former coal industry – is annually host to one of the last traditions leftover from that time.

A preview kindly offered to the Durham Magazine means I can confirm that the film captures all of this rich community spirit and more. It offers a tour of the Miner’s Gala from the beginnings of the history of coal mining in Durham right to the present day. On top of this, it features prominent voices and figures involved with the Gala, such as chair of the Labour Party Ian Lavery MP, Dennis Skinner MP and film director John Irvin. 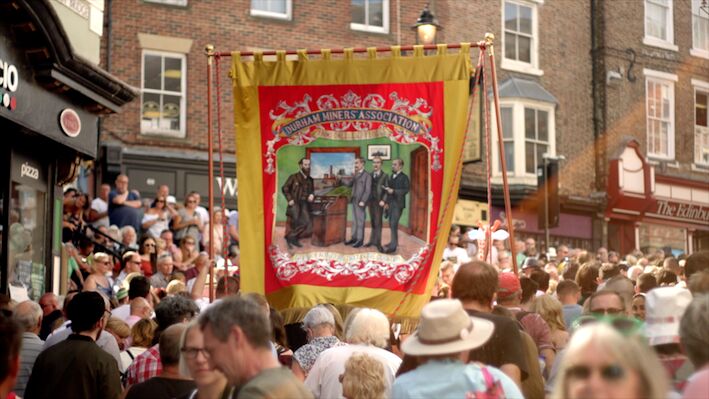 The Miner’s Gala: The beating heart of Durham’s heritage

The Gala reminds me every year that in spite of the digital age of social media and texting that there are still many pockets of face to face community volunteering in the local area. They cannot be seen for most of the year, but for this one event, they are displayed proudly in the heart of Durham before disappearing again until next time. The Big Meeting is full of this sort of display of community. It is a fascinating insight into the under-appreciated figures who work year-round to make the Gala happen, essential to anyone that wants to learn about Durham’s most important day of the year.

On top of this is The Big Meeting’s celebration of miner culture outside of the Gala. It takes us through the imagery of the iconic lodge banners, the prominent mining art that has come out of the north east and even the music that has been heard all over Durham throughout every gathering of mining associations.

The Gala means many different things to everyone that attends it each year. Seen by many as simply an opportunity for a good time in the sun, it is sometimes easy to forget the lived experience that occurred in the past and still goes on today to bring the big meeting to life. This documentary is perfect for anyone interested in keeping alive the memory of Durham’s working-class history.

Tickets are now on sale for the first @tynesidecinema screening of 'The Big Meeting' – which includes a post film Q&A with @IanLaveryMP.

The Big Meeting will be released in UK cinemas on the 6th of September.

Screening information can be found at https://www.galafilm.co.uk/