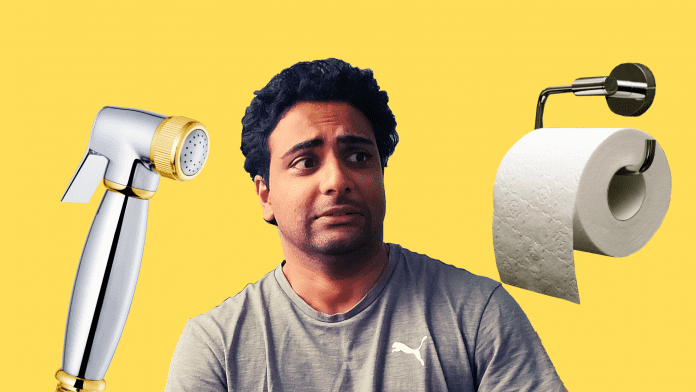 Traveling abroad is exciting. If you’re there for a year or longer then it’s a new beginning, and an opportunity to explore and learn from other cultures.

However, culture shock is common for those who travel from Asia to western countries. The etiquette, the way of life, and the accent – you may think you have a good hold of the language, but get ready for a jaw-dropping hair-plucking frustration while trying to decode the accent of a regional bloke whose tongue has been twisted with a plier.

The new ways can sometimes weigh on you and after a week of settling in, you begin to wish you could take the first flight home. But nothing beats the toilet heart attack South Asians face on their first day in a western country.

After a one-stop twelve-hour flight from Kathmandu, I arrived in Durham. I scrapped whatever mental baggage I had up to that point, spat on it, and threw it in the bin. A clean sheet to ink my experiences on. Durham welcomed me with a beautiful sunset-hue over the horizon, but my tiredness lapsed me to the bed as soon as I entered my accommodation.

The next morning was even better, the cool weather made me sleep like a Koala in the early morning hours. After waking up, I explored every corner of my accommodation and my stuff was all over the place begging for arrangement. But then, I had the natural urge to go to the toilet – number two.

‘Ah! My first shit in this lovely country,’ I said to myself and jollily entered the toilet. I kept the door open – who’s there to watch me anyway? After contemplating the meaning of life for about five minutes, it was time to clean up.

Instinctively, my left hand reached out to the back wall expecting a bidet shower, which, so gracefully, used to watch me drop a number two back in my home. Not here though. My hand fell flat on the wall.

My heart skipped a beat. I realized this was not the ‘ritual’ here. Panic-stricken, I turned left and right and found a loo roll staring at me on the other side. Do I have to get used to this from now on?

First conundrum – what is the appropriate number of sheets you fold for each go? Nevermind. I made my guess and went with it.

Then there was the horror of exploring the darkness every time I reached my hand behind me. No matter what others say, there’s something icky about smudging shit around your anus. Finally, after a couple of rounds of careful hand movements – that required more stability than a heart surgeon – I deemed it a successful operation.

The trauma was real. The experience had been engraved involuntarily in my brain. What had been done, couldn’t be undone. I froze with my eyes wide open, still holding a piece of toilet paper. Finally, I convinced myself that life is a roller coaster ride and it has its highs and lows.

Now, here’s the thing. I conclude that bidet showers are better – much better. With a bidet shower, you walk out of the toilet assured that your bottom is pristinely clean. Using loo roll is not the same. Where do you draw the line between clean and potential trouser stain?