A chef who has cooked for the royal family and world leaders is set to share his culinary skills at the Bishop Auckland Food Festival.

Rob Kennedy, who is the executive chef at the prestigious Royal Military Academy Sandhurst and who regularly cooks for the Queen, will be teaching foodies how to make the ultimate burger using local spring lamb, as well as giving tips on how to prepare the perfect chicken breast.

Rob will also be sharing his secrets on how to create delicious desserts and spicy Mexican wraps.

Rob said, “I’m really looking forward to getting out to Bishop Auckland and meeting fellow foodies from around the country.”

“I’ll be sharing some of the top tips I’ve acquired over my career and how you can recreate them back home.”

“I might even let you in on some of my royal culinary secrets.”

In addition to his masterclasses, Rob will be putting on a ‘Tasting Kitchen’ on Sunday 2nd April.

Part demonstration, part tasting menu, the Tasting Kitchen will involve Rob cooking up a three-course meal using fresh Durham produce. Guests will then be invited to tuck in and discuss the cuisine right at the chef’s table.

Rob will use lamb from Broom House Farm in Witton Gilbert and cheese from Teesdale Cheesemakers in Barnard Castle.

Rob will also use meat supplied by William Peat, one of County Durham’s oldest butchers. The Peat family have been involved in the meat industry since the late 19th century.

Rob Kennedy, whose dishes are described as classic recipes with an exciting modern twist, will be putting on the following sessions at the Bishop Auckland Food Festival:

10.30 am: Lamb burgers with all the trimmings

2.00 pm: Mexican grab-and-go wraps: the art of spicing and a lesson in knife skills

Each session lasts about 45 minutes and costs £6. Ingredients and takeaway containers are provided.

Each session lasts around 90 minutes and costs £12.

My little treats from the food festival at bishop Auckland ? pic.twitter.com/Zu9DPBQtuG

Rob Kennedy has cooked at five prestigious royal events attended by the Queen, including the Sovereign’s Parade for the royal princes in 2012. Rob has also been nominated for four UK Craft Guild of Chefs Awards, winning Cost Sector Chef of the Year in 2010 and Craft Guild of Chefs Competition Chef in 2016.

Other highlights of the Bishop Auckland Food Festival include kids’ cookery sessions, an expanded food and artisan drinks quarter, fine foods to sample from around the world, and a market selling local produce from County Durham.

There will also be a bus tour of the county’s culinary highlights.

The entertainment on offer will include brass music in a Bavarian-style beerhall, and a night of comedy headlined by the I, Daniel Blake star Dave Johns.

To buy tickets and find out more information, please go to www.bishopaucklandfoodfestival.co.uk. Tickets can also be purchased from Durham’s Gala theatre on 03000 266 600 or from Bishop Auckland Town Hall on 03000 269 542 or in person. 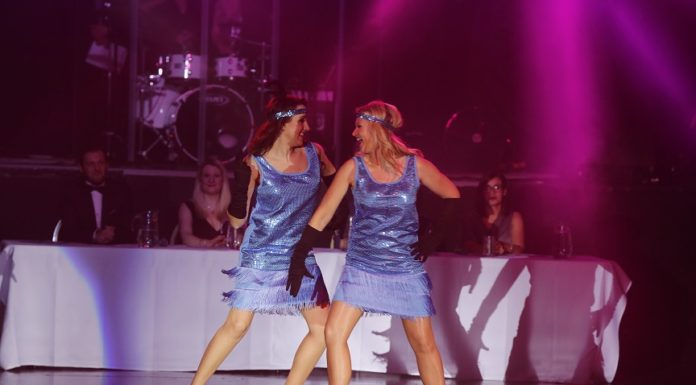 Many Primates at Risk of Extinction, Durham University Academic Says

It Is a Matter of Opinion