We live in interesting times, do we not? Currently we have the enervating spectacle of our politicians fighting it out on both sides of the political divide. No doubt when the dust settles the jig-saw puzzle that is our political system will become clearer even if some of the pieces don’t quite fit and have to be ‘adapted’, and who knows there may be a couple of pieces missing.

But what of the spouses of the Prime Minister? That must be the most invidious role in the world. Those of us of a certain age will remember Dennis Thatcher hanging on the coat tails of ‘the boss’. Poor man, as husband of the PM he had no official role and was the butt of jokes at home and abroad; ‘Dennis, who wears the trousers at home?’ and many unrepeatable jests that we will leave un said. Now it is the turn of Mr May, one hopes he can cope with the strains of being in the limelight 24/7? Hopefully he has a sense of humour and very broad shoulders.

The rest of us mere mortals understand the value of a great ‘Mam’, where would we be without them? Mothers stand behind us and watch the risks that we take with heart in mouth most of the time. They teach us so many things, right from wrong, fair and un-fair, we learn much of who we are at our mother’s knee. Even in one’s advanced age Mam can still slap us down even if we do have grand-children of our own, I speak from experience.

A great many Mams, wives and lovers, will be watching the commemorations in Durham over the coming days and doubtless for a long time to come as we remember the fallen. It is noted that Television star Charlie Hardwick formerly of Emmerdale will narrate The Durham Hymns in the Cathedral, with former Coronation Street actor Phil Corbitt, on the 16th of July at 7:30pm. One hundred years on from the Battle of the Somme the anniversary of those tragic events will be marked by a new work for Brass Band and Choir. Poet Laureate, Carol Ann Duffy, inspired by the true-life experiences of County Durham people, has written lyrics for a suite of new hymns to commemorate their sacrifice, courage and endurance. Let us not forget that the losses were sustained by those Great Mams too, as we listen to the fluid tones of silken brass perhaps we can remember the Great Women who stood behind those towering heroes as they went off to war, and those who still do to this day. 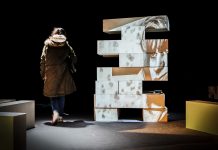 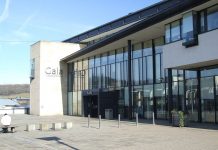