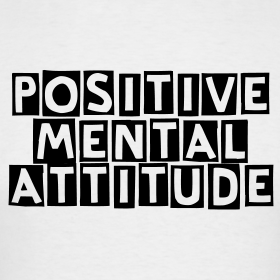 Actually sometimes they do, there are residents of Durham who would certainly disagree with that sentiment. However, the principal is sound.

One only has to take a look at history to see that some very famous walls were thrown up to keep enemies out and the residents safe, but from Genghis Khan to The Kaiser armies have looked on in awe and simply walked around the end of the wall and had their nefarious way. Most of those same walls are now merely tourist attractions and an example of how daft some people can be.

Perhaps the walls that are of most contemporary concern are those that people throw up around themselves? Negative self-image is energy sapping and potentially harmful. Whereas PMA – Positive Mental Attitude is profoundly powerful as a motivator and as a way of life. Perhaps some PMA would have gone a long way when the England football team played Iceland, the Icelanders had it aplenty whereas the England team appeared to be totally without it. Sad, especially for the sellers of St Georges flags but far more so for all of those people who travelled across France to watch the games.

When we see positivity in the shape of Saltwell Harriers runner Abraham Tewelde winning the senior men’s race at the Start North East Fitness Harriers League competition who showed a clean pair of heels to 450 fellow competitors recently we cannot fail to be impressed. Here is a man with clear self-belief. The fact that 450 people get out there and challenge over 9k – no doubt soon to become a 9 miles’ race, is also impressive for the health benefits alone but also for their competitive spirit and sheer grit. Well done all.

Similarly, a fine young man Sam Stewart, 16 years of age, of New Branspeth, has the proud claim to have never missed a school day, some achievement no doubt based on the efforts of a great Mum and a very positive mental attitude that will serve this young man well in life. Sam is to go to East Durham College at Peterlee to study Sports Coaching, with his mind set and fine example we can look forward to some future sports stars to come. We wish Sam well with his studies.

PMA is not just about attainment in sports, it is about life in general. Making progress in any career requires a positive mind-set, as does studying for a degree at Durham University. Raising children from babies to school age and beyond can be a prison without walls for many but the rewards can be truly amazing. Elderly folk often find that loneliness is a prison without walls too, taking a positive attitude to breaking down those walls for them serves them well, a chat and cuppa often works wonders.

If you think you can you probably will, whereas if you think that you can’t you certainly will not. Northern grit and a positive mental attitude will win every time.

Finally, for those on holiday with rain pouring down your neck it will stop soon, honest. Have a positively wonderful day.