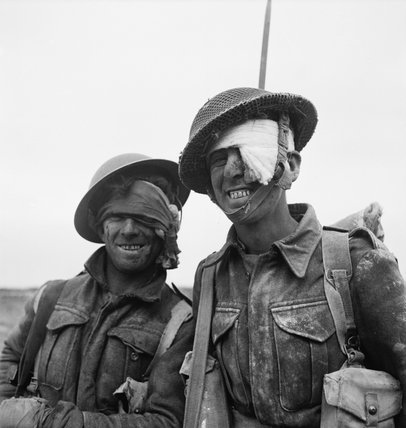 The Durham Light Infantry was formed in 1881 and has served notably in various wars since then. The DLI’s widely remembered for their valiant efforts in World War 1, where it expanded to 42 battalions with 59 battle honours. The number of casualties was also the 10th highest of any of the infantry regiments of the British Army. However, it’s important to remember that the DLI also had a role in the turnout of WW2. In fact, Durhams fought hard in every major arena of the Second World War. Below we’ll take a look at the DLI’s notable stories from the conflict.

DLI’s role in the major theatres of war

During World War 2, the DLI raised 15 battalions. Aside from that, 26 battalions of the Home Guard wore the DLI cap badge. The DLI fought in Dunkirk in 1940, as well as in different corners of the world from North Africa and Malta, to Italy and Burma. They were also present on D-Day all the way to the final defeat of Nazi Germany in 1945.

Another notable soldier is Alexander Cairns of the 8th Battalion DLI who won a Military Medal during the British Expeditionary Forces Campaign in France, 1940. Afterwards, he was promoted to Sergeant and went on to gain another Distinguished Conduct Medal during the Battle of Gazala in North Africa. Upon collecting both of his medals from the King, he explained, “I would have come sooner Sir, but I’ve been away fighting!”

Similarly, while in North Africa in June of 1942, Adam Wakenshaw of Newcastle upon Tyne was awarded a posthumous Victoria Cross for his efforts fighting in the region with the 9th Battalion DLI. Notably, his Victoria Cross and anti-tank gun are part of the DLI collection.

The war on the home front

While the soldiers of the DLI fought valiant battles overseas, the citizens of County Durham also fought their own war back home. The war on the home front wasn’t just against bombers, but against, hunger, the cold, and the fear that’s brought about by a time of war. Durham government’s article on the history of the DLI talks about how the war was fought by “Air Raid Wardens, Land Girls, Munitions Workers, Bevan Boys, Home Guards, Auxiliary Firemen, plus mothers and children”. With so many people helping out during the war, Save the Children explain how residential nurseries needed to be set up for those with children. This allowed their parents to work in wartime industries and help the country. Indeed, all around the United Kingdom citizens rallied together during the Second World War to do their bit.

The bravery of the soldiers from the DLI and those who were on the home front should never be forgotten. Hopefully this piece will inspire you to seek out more information.

Changes to the County Durham Archive

Learn More About The Past With Free Online Talks

Help Understand What Library Users Value About the Services They Use

January 14, 2022
Cookies - To make this site work properly, we sometimes place small data files called cookies on your device. Most websites do this too.
Accept
Read more