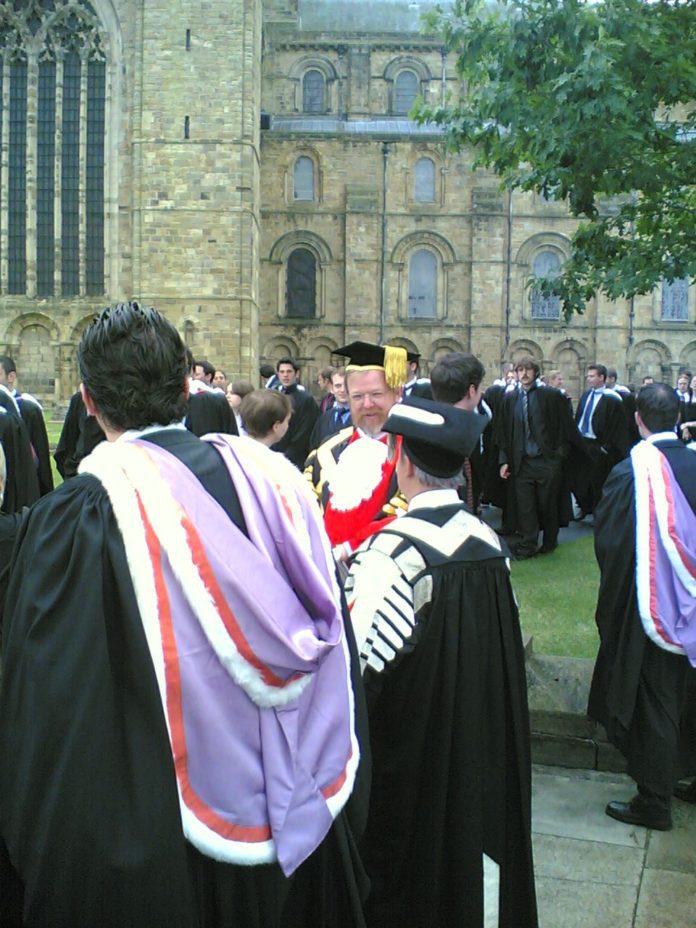 It’s not surprising that a prestigious university like Durham has produced quite a glittering list of alumni. Ex-students and staff have been active in a wide range of areas of British life. Here we’ll look at a number of the well-known, and slightly less well-known, people who’ve passed through the doors of Durham’s ancient uni.

In the world of media and entertainment, we can find the newsreader and journalist George Alagiah. Born in Sri Lanka, George read politics at Van Mildert College and he was also the editor of the student newspaper Palatinate. George then went on to work for the BBC’s Six O’Clock News, the Nine O’Clock News and News at Ten. Daniel Casey, who played Sgt. Gavin Troy in Midsomer Murders, attended Grey College, from which he gained a BA in English Literature. On the subject of acting, do you know that two James Bonds attended Durham? George Lazenby, who played Bond in the 1969 film On Her Majesty’s Secret Service, went to Bede College. Roger Moore, who played Bond seven times, also studied at Durham, but was unable to finish his course due to national service obligations.

In the field of sport, Durham alumni include the Olympic-gold-medal-winning triple jumper Jonathon Edwards. Jonathon read physics at Van Mildert College before going on to become a World, European, Commonwealth and Olympic Champion. Another Olympian who attended Durham is Sophie Hosking, who gained a gold for rowing in the 2012 London games. Stephen Rowbotham, another rower and an alumnus of Collingwood, won a bronze medal in the Olympics of 2008. Other Durham sporting alumni include the Manchester United and England footballer Warren Bradley and the 2001 Great North Run winner Rahul Mehta.

With regards to the world of letters, Durham can boast the American travel writer Bill Bryson, who served as the University’s chancellor, as well as the journalist and BBC presenter Jeremy Vine, the playwright David Mercer and the best-selling crime author Minette Walters.

Perhaps the most famous political figure to have studied at Durham was Mo Mowlam, the Labour cabinet minister and MP for Redcar, who helped bring peace to Northern Ireland. Other MPs who attended Durham include Heidi Alexander, the Shadow Secretary of State for Health, and the Tory MP Nick Gibb, the Minister of State for Schools. Another important public figure who attended Durham is Justin Welby, the current Archbishop of Canterbury.

Durham also has some interesting alumni in the field of music, including Bryan Ferry of Roxy Music (though Bryan only lasted a year at Durham before moving to Newcastle) and Justin Chancellor, the bassist for American rock band Tool. Business people include the pioneer of the Fair Trade movement Richard Adams. In the world of science, perhaps the most famous alumnus is David Bellamy. The botanist, TV presenter and environmental campaigner was a lecturer in the University’s Department of Botany.

Of course, a short article like this cannot do justice to the large numbers of Durham alumni who have made contributions to so many areas of British life. It will be interesting to see how many famous and influential people will emerge from Durham in years to come.