County Durham is considered something of a footballing hotbed across the country. This corner of the north-east of England has a passion for the ‘beautiful game’ like few other areas. Durham is fortunate to have many famous sons and daughters, spanning entertainers and poets through to movie stars and industrialists. Professional football is yet another industry where County Durham has nurtured iconic personalities, just like the professional cricketers who won the 2019 World Cup, namely Ben Stokes, Mark Wood and Liam Plunkett. Let’s take a look at the most successful football starlets to go from the Durham County Schools FA team to the big time.

Bryan Robson was part of the Chester-le-Street SFA team at youth level. He went on to play at the highest level for Manchester United, becoming the club’s longest-serving captain in its illustrious history. Robson would also go on to play 90 times for England, skippering them on 65 occasions. As a leader in the dressing room and on the field, it was unsurprising to see Robson enter management after his playing career. His most recent appointment at club level was at Sheffield United in 2007-08 (replacing Neil Warnock), but his spell was ill-fated and saw him leave the Blades within nine months. It’s something of a brighter picture at Brammall Lane today, with United sitting proudly in the Premier League wagering markets. This has confounded most pundits’ predictions of a top-flight relegation battle, with United now sitting comfortably in the top half of the table.

Arguably the most coveted player of the England women’s national team, Jill Scott has racked up 146 caps for her country since making her debut back in 2006. Scott grew up in Sunderland and attended Monkwearmouth Comprehensive School, where she was eventually selected for the DCSFA youth team in 2000-01. After captaining the DCSFA team in 2002-03, she was picked up by Sunderland’s women’s team in 2004. An accomplished long-distance runner, Scott has always had the stamina and work rate for the modern game. She has since enjoyed lengthy spells playing for Everton Ladies and Manchester City Ladies, as well as leading Team GB at the 2012 London Olympics. Jill was awarded an MBE for her contribution to English football in January 2020.

Talented left back Michael Gray was a Sunderland born and bred footballer who wore the Black Cats’ shirt with pride throughout much of his career. After excelling in the DCSFA youth setup in 1988, Gray signed schoolboy forms with Sir Alex Ferguson’s Manchester United but opted against signing a long-term contract at Old Trafford, preferring to join his hometown club. Not long after signing his first deal, Gray broke through into the Sunderland first team and never looked back, making 363 first team appearances during a 12-year spell on Wearside. His Sunderland form also earnt him three caps for England in 1999, and he went on to play for some other big clubs, too, in the shape of Leeds, Celtic, Wolves, Blackburn and Sheffield Wednesday.

A powerful and dependable central defender, Steve Howey made well over 300 competitive appearances in the Premier League and Football League during a career spanning 16 years. Howey was part of the DCSFA youth side in 1986-87 and just two years later the Sunderland-born stopper was agreeing to terms on his first professional contract with local rivals Newcastle United. Howey was integral to the Magpies’ promotion to the Premier League and also helped the team to two runner-up finishes in 1996 and 1997, respectively. He made his international debut in November 1994 against Nigeria at Wembley, going on to earn four caps for his country. Howey also played a key role in Manchester City’s return to the top-flight, with a dominant three-year spell at Maine Road between 2000-2003.

There are few better role models for aspiring women’s footballers than Steph Houghton. The Durham-born 31-year-old has skippered the England women’s national team since 2014 and has made 117 appearances for the Lionesses. Having shone at DCSFA youth level in 2002-04, Houghton was scouted by Sunderland WFC and went on to help Sunderland gain promotion to the Northern Division in 2006. Their relegation saw Houghton move onto Leeds United Ladies, but two serious injuries in 2007 and 2009 stunted her progress with the Whites. Houghton moved on to Arsenal Ladies in 2010 before moving to her latest employers, Manchester City, in 2014. Famed for her versatility and never-say-die spirit, Houghton is one of County Durham’s biggest sports personalities of the modern era. 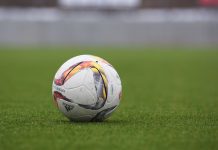 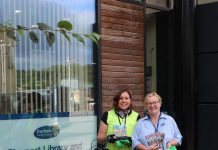 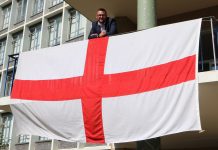 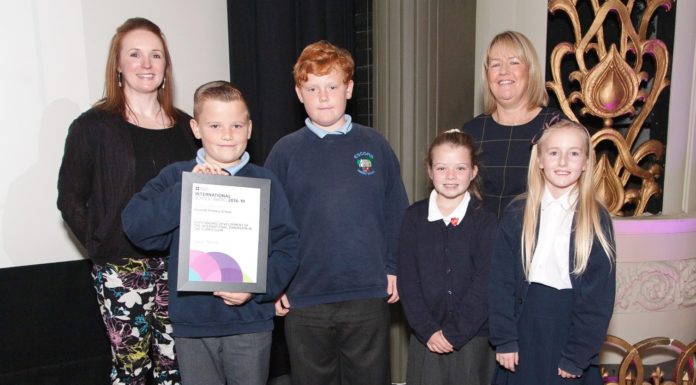