An illustrated talk later this month will outline the fascinating history of brides in the north east.

The talk, featuring wedding photos from the archives of Durham County Record Office, will focus on changing fashions in wedding dresses and other garments people wore on their big days. But the talk will also reveal some of the stories behind the images.

The talk, to be given by principal archivist Gill Parkes, will take place on 14th November at the Centre for Local Studies in Darlington’s Crown Street Library.

Gill said, “Some of the photos we’ll be looking at feature Edward Backhouse Mounsey and Rachel Ann Fryer, who were Quakers. They married in 1878 and settled at Tees Grange in Darlington.”

“They were captured on camera more often than most couples tying the knot in the 1870s, probably because the groom was so interested in photography himself.”

“We also know quite a lot about them – we know where Edward proposed and also that he designed the pendant worn by his bride on their big day.”

Gill will be expanding on a number of other stories, including one about a society wedding that took place in Spennymoor in 1911. This wedding was unusual because the bride, groom and bridesmaids all had the same name.

Another story Gill plans to share concerns a bride from 1947. Determined to appear elegant in spite of post-War rationing, she ended up borrowing her dress and even spray-painting her shoes to make sure they were a matching colour.

Gill’s hour-long talk will take place on Tuesday 14th November at 2.00 pm. Tickets are priced at £2.00 and are available in advance from the library. 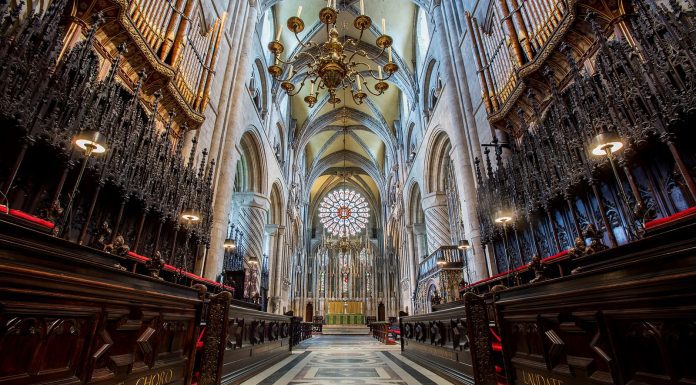 ‘A’ Level of Success for Durham School Pupils