A Christmas app has been launched with which people can find Christmas characters lurking in Durham’s historic streets. The augmented reality Christmas trail, set up by Durham Business Improvement District (BID), allows people with smartphones and tablets to hunt for seven different festive characters.

The Christmas trail, which went live on 17th December and will run until 7th January, is the first such app to operate outside London. Players use the app, along with a map, to search for seven posters around the city.

The posters contain hidden codes, which can be scanned with the app to make the augmented reality characters appear. A footplate next to each poster shows players where to stand.

Players can then take photos of themselves with the characters to share on social media channels.

Adam Deathe, business engagement manager at Durham BID, said, “Augmented reality apps have swept the nation this year. That’s why we are keen for Durham as a vibrant and exciting city to have something fun and digital that lets people explore Durham and all it has to offer whilst getting into the festive spirit.”

“Durham is especially magical at this time of year and the digital trail will help visitors to discover new areas of the city – it’s great to see our historic city embracing exciting new technology.”

Durham Business Improvement District says the trail is “a great fun way for children and adults to explore the city. Collect your trail maps from local shops across the city and look out for the Christmas Digital Trail signs.”

“Download the Zappar App for free at your app store.”

Coming to #DurhamCity 2mrw…first of it’s kind outside London festive 3D characters hidden in the city, for more: https://t.co/tx8c6AA63f pic.twitter.com/U2IWHSeZkE

Trail maps are available from shops including Waterstones, H&M, Marks and Spencer, Superdrug and Monsoon. The maps can also be picked up at Durham Cathedral, Durham Town Hall, Palace Green Library, Café on the Green, and Durham Indoor Market as well as at Costa and the University Book Shop. 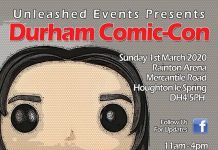 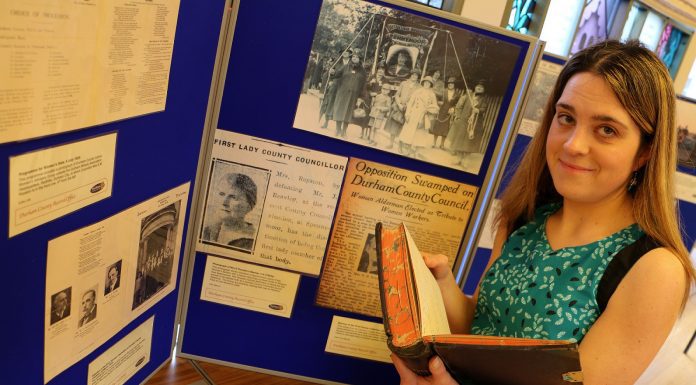 Cycle Routes in and Around Durham