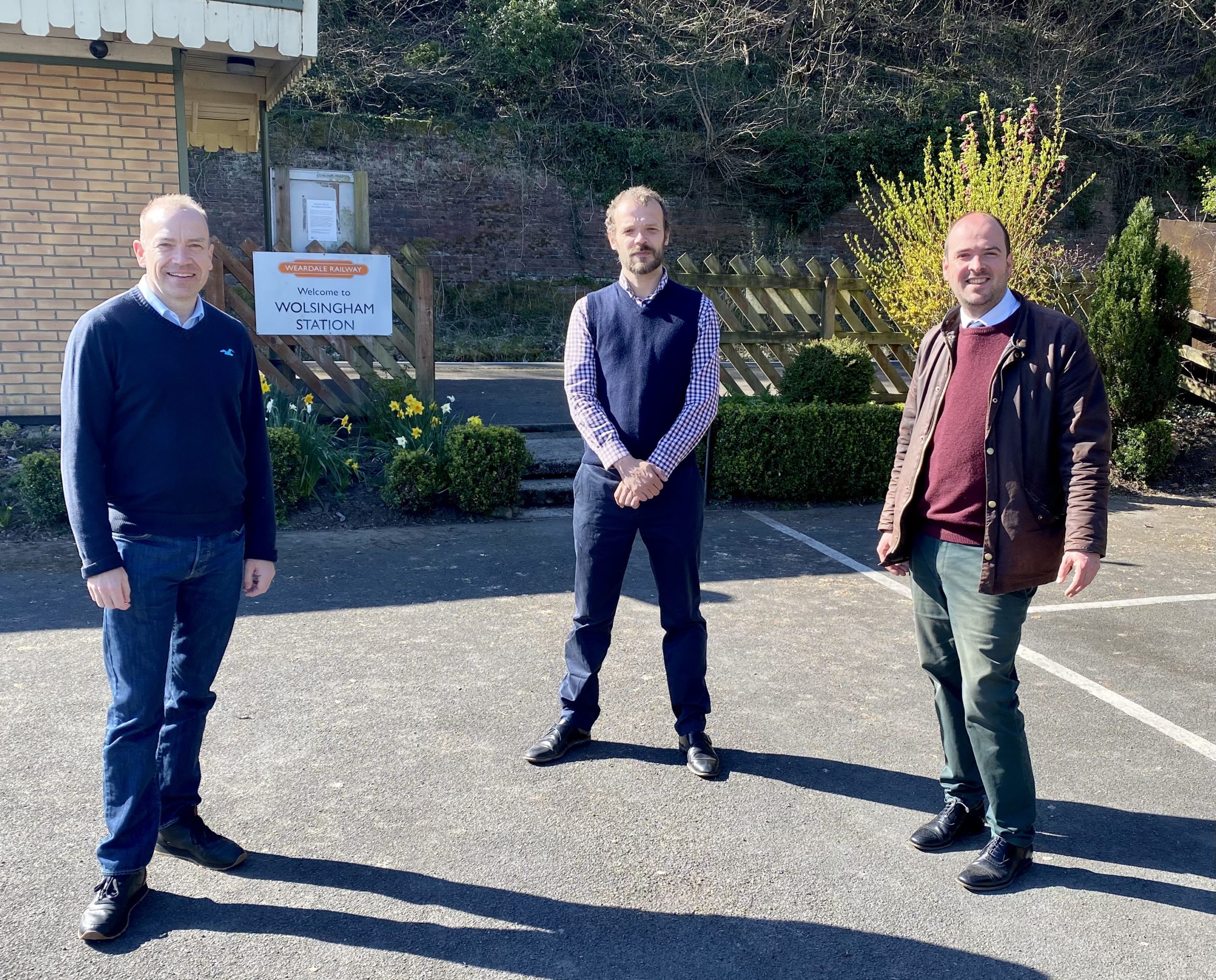 The Weardale Railway was part of a line that originally ran from Bishop Auckland to Wearhead along 25 miles. The freight service ceased operations and in 1993 the heritage rail service was started.1993 saw the formation of the Weardale Railway Preservation Society (WRPS), a group of supporters of the line who have campaigned for its preservation and potential for reopening. Weardale Railway closed last year but has been taken over by The Auckland Project. Richard has launched a campaign to look at reopening the line, with a link to Crook (line closed in the 1960s) via Howden-le-Wear and enhanced walking and cycling routes.

Richard hosted Chris Heaton-Harris, the Rail and ‘Active Transport’ (Walking and Cycling) Minister at Wolsingham Station, which was closed in 1965, and they were joined by Conservative councillor candidates Steve Cowie and Will Wearmouth and The Auckland Project Chief Executive, David Madden. They discussed transport in North West Durham and the wider North East and Richard’s campaigns for both the Weardale Line and the Consett-Tyne Rail Link and how these would be a huge boost for the local economy, tourism and educational and job opportunities. They also discussed the Levelling Up agenda.

“Chris is really supportive of the campaigns I am working on and I was delighted to be able to show him the now closed Wolsingham Station and the closed Weardale Line. My campaign to reopen the Weardale Line is part of my broader work on improving transport in North West Durham. I want to see communities benefit from better bus links, better rail links and improvements to our roads, and proper and improved cycling and walking routes.

“I want to thank Chris for visiting North West Durham and I look forward to continuing to work with him and the Department for Transport on the work I am doing. The transport in our area needs to be levelled up and I am going to continue to push my Parliamentary and Ministerial colleagues on this issue.”

Help Understand What Library Users Value About the Services They Use

January 14, 2022
Cookies - To make this site work properly, we sometimes place small data files called cookies on your device. Most websites do this too.
Accept
Read more