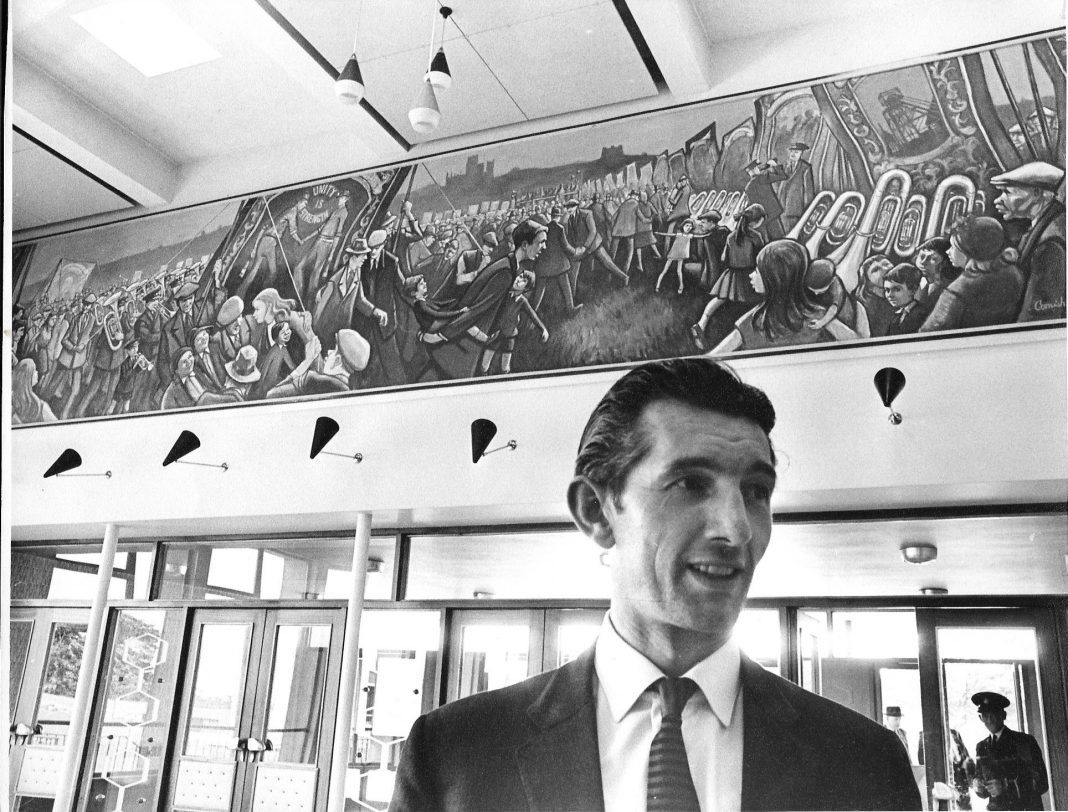 An iconic mural, commissioned by the Council to mark the opening of County Hall in 1963, has been successfully moved to its new home in Bishop Auckland.

The painting by Norman Cornish, one of the most respected and much-loved artists to emerge from the North East, depicts the arrival of the banners at Durham Miners’ Gala, unashamedly declaring “Unity is Strength”.

It had been on display at County Hall since it opened and is fitting that its first move in almost 60 years is during Cornish’s centenary year.

The mural has been re-located to its new home of Bishop Auckland Town Hall ahead of its re-opening in April.

Norman Cornish was born in Spennymoor in 1919 and worked as a coal miner before becoming a professional artist.

After being commissioned by the council, Cornish was granted 12 months unpaid leave from Mainsforth Colliery in Ferryhill to complete the painting, with most of the work being completed during the coldest winter in 40 years.

Although it arrived at County Hall in 1963 rolled up in the back of a carpet van, the mural’s removal was an incredibly intricate process, involving several experts.

Gillian Kirkbride, Durham County Council’s heritage museums and collections manager, who has overseen the project, said: “It has been a very delicate process to move such a significant part of Durham’s history to its new home and we are relieved to see it safely installed in Bishop Auckland Town Hall.

“A number of specialists were involved in the planning and relocation to ensure that the painting was safely transported.”

The mural is now on display at Bishop Auckland Town Hall, along with pieces from the Norman Cornish archive. The public will be able to view the mural and exhibition from April, when the town hall is due to re-open following its refurbishment.

Cllr Joy Allen trilled: “We are delighted to welcome the Norman Cornish mural to the town hall, particularly during Norman’s centenary year.

“The entire exhibition, which will be free to attend, will be proudly displayed following the refurbishment and we look forward to welcoming visitors to learn more about his hugely significant work around the heart of Durham’s mining culture.”