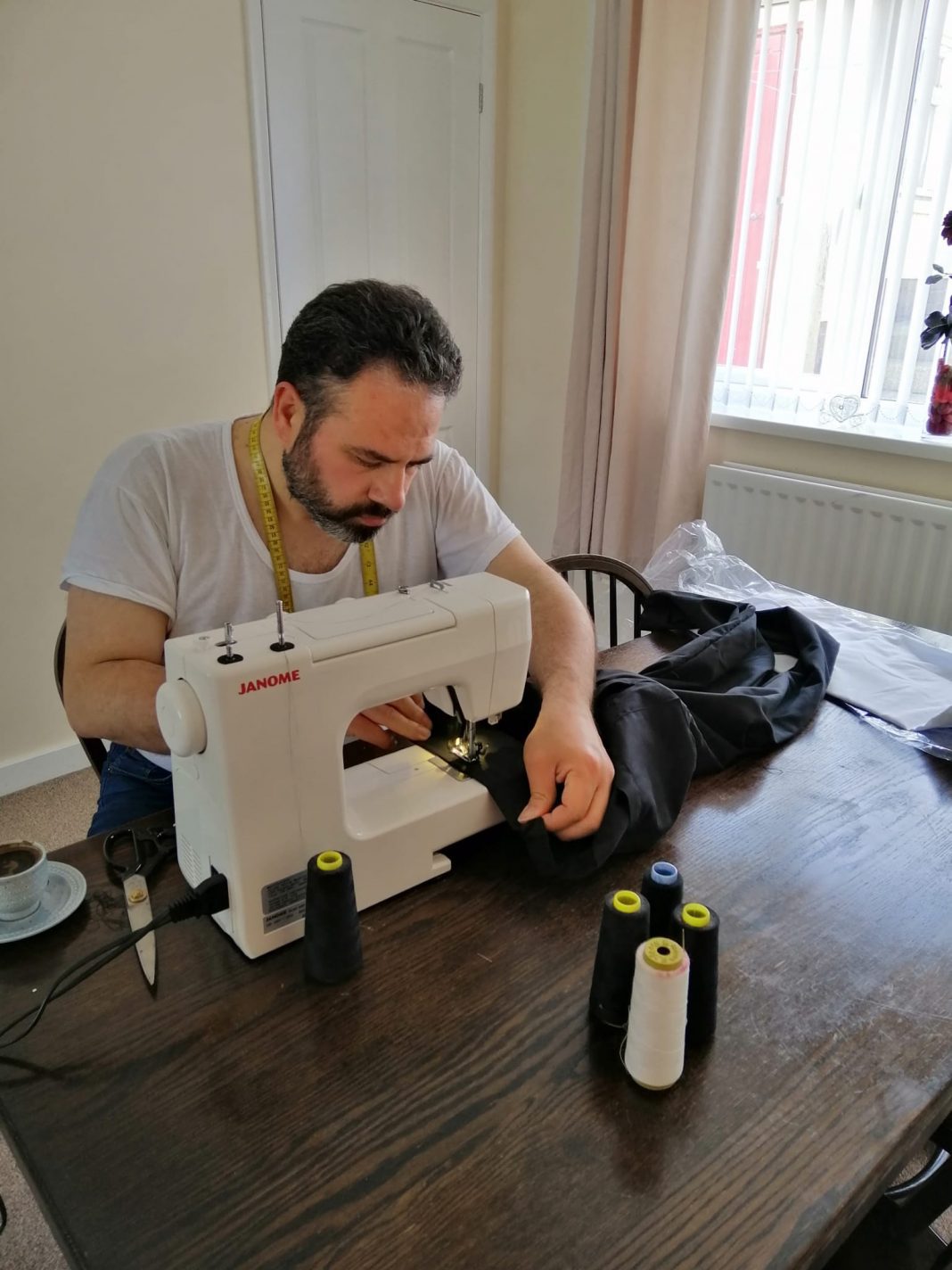 Two refugees in County Durham have been volunteering within their new communities during the government lockdown.

Ammar Said, Abdulsalam Alkhalid, and their families sought refuge in the UK to escape the war and humanitarian crisis in Syria, which has killed or displaced more than 12 million people.

Since arriving in the UK last year, both Ammar and Abdulsalam have been receiving support from Durham County Council’s resettlement team and have been made to feel welcome in their new communities. 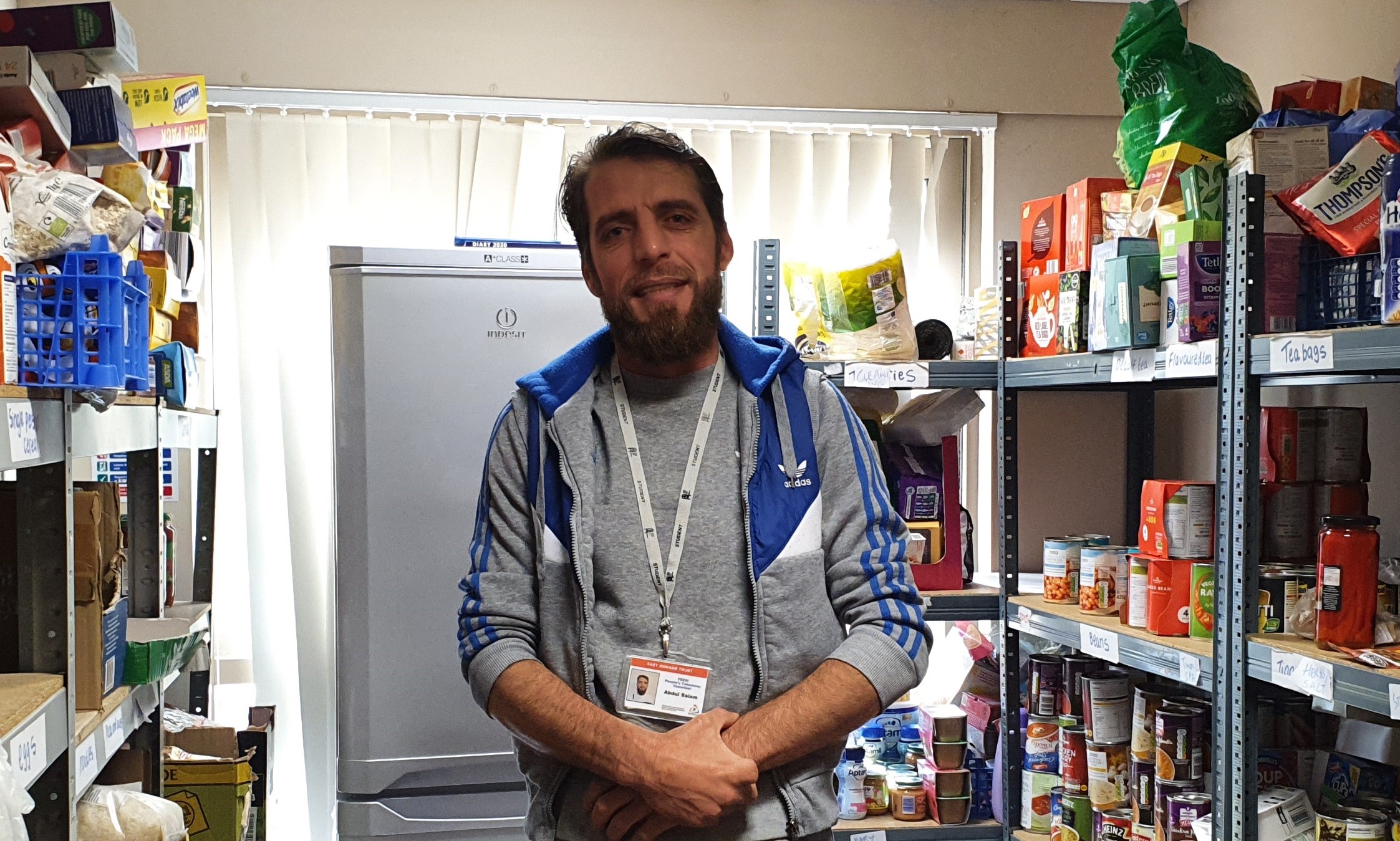 When the lockdown crisis began, both men were keen to offer up their time and skills to help the NHS and those in need.

A tailor by trade, Ammar ran a successful clothing shop in his home city of Homs before the war broke out in 2011, specialising in women’s and children’s garments.

Ammar knew there was a shortage of scrubs for hospital workers and asked his council support worker to put him in touch with North East Scrub Hub. Since then, the 43-year-old father has been busy making scrubs at home.

He said: “This is the least that I or any other refugee living in the UK would do to show our appreciation and to pay back a small portion of what has been offered to us here in the UK. We have been offered safety, sanctuary and dignity, so, as I said, standing with our community is the least we could do.”

Abdulsalam, 36, worked as an excavator driver in Syria and started volunteering at his local foodbank shortly after he arrived in County Durham in April 2019. Since the coronavirus pandemic, he has increased his hours to up to six or seven days per week to ensure vulnerable people have the food and supplies they need.

He said: “I wanted to do voluntary work as I like to help people, and it helps me and my family feel part of the community. In the current situation, I feel it is our duty to help. I have my car and there are elderly people who need us to deliver the food to their doorsteps.”

The council’s resettlement scheme was launched in 2016 and, to date, it has helped more than 250 refugees make a safe new home in the county.

The scheme, which has been held up as an example of national best practice, provides resettlement support to vulnerable refugees and is funded by the Home Office.

Abdulsalam said: “The team at the council has been great since we arrived, and they continue to help us with translation. They helped me and my wife find voluntary placements, which has really made us feel part of the community.”

Ammar said: “We landed at Newcastle Airport on 6 November 2019 with nothing but a few suitcases and a great deal of worries about what the future held for us. Even though we haven’t been in the UK for very long, I can’t count the amount of support my family and I have received from Durham County Council.

“We have never felt so safe and welcome since the war broke out in Syria in 2011. We have seen how people really care about human beings, both within the council and in the community. We feel like this is home.”

Cllr Angela Surtees said: “The key aim of our resettlement scheme is to help those fleeing violence and persecution to feel safe and part of the community.

“The war in Syria forced Ammar and Abdulsalam to leave their homes, businesses, extended families and friends behind. Knowing no-one, they came to a new country and had to start all over again. It is wonderful to hear how welcome their communities have made them feel, and to see them sharing their skills and giving up their time.”

Ammar and Abdulsalam deserve extra respect for getting close to line of going against the traditions of Islam by helping non-Muslims from a nation engaged in war with the ummah, the global community of Muslims, which obviously includes Iraq and Afghanistan.

Thank you, lads, we salute you!