A stallholder who works in Durham’s Indoor Market is about to part with a number of much loved guitars. John Oxley, 66, who runs Market Music, is planning to auction off instruments worth over £15,000.

The guitars, though, only form a fraction of Mr Oxley’s substantial collection. Mr Oxley has been collecting the instruments for 40 years.

Mr Oxley’s collection includes guitars from around the globe as well as several limited edition models. Mr Oxley discovered many of his instruments at various guitar fairs across the country.

Mr Oxley said, “I have loved music all my life, but I realised that a lot of guitars had not been out of their boxes for a number of years.”

“I decided the time had come to let them go to new owners who will have the time to appreciate them.”

Mr Oxley has had his market stall for 15 years. He used to run a road haulage company transporting livestock, but the business went under during the foot and mouth epidemic of 2001.

Mr Oxley commented, “I was able to turn a hobby into a job. It’s been good, though it’s been hard since austerity started and people don’t have as much money for luxuries.”

One instrument Mr Oxley plans to sell off is a Guild limited edition 45th Anniversary acoustic guitar, valued at £1,500 – 1,800. Guild guitars have been used by such axemen as Brian May of Queen and rock ‘n’ roll idol Duane Eddie, as well as Bryan Adams, Mark Knopfler, John Lennon, and folk singer Joan Baez.

As well as selling 17 American instruments and a guitar made in the Czech Republic, Mr Oxley plans to part company with the first guitar he ever bought. It is an electric-acoustic Martin guitar, which is now worth £1,200. Martin guitars were first made in 1833 and have been played by icons ranging from Elvis Presley to Eric Clapton to Paul McCartney.

Another guitar due to be sold dates from the 1930s. It is a tenor parlour guitar estimated to be worth £400. Tenor guitars are four-stringed instruments which tend to be smaller than standard guitars.

Also on sale, for around £500, is a guitar made by Newcastle luthier Kevin Parsons in Byker.

The guitars will be sold at auction at Anderson and Garland from December 6th to 8th in Newcastle. A company specialist said, “This is an incredible collection; there is something for everyone.”

“Many of these guitars are of the highest quality and are in mint condition.”

But John Oxley will still have plenty of his beloved instruments left. He said,

“I’ve still got quite a few guitars and I’ve kept all my favourites.”

“I always have a guitar in my living room so I can pick one up whenever I want.” 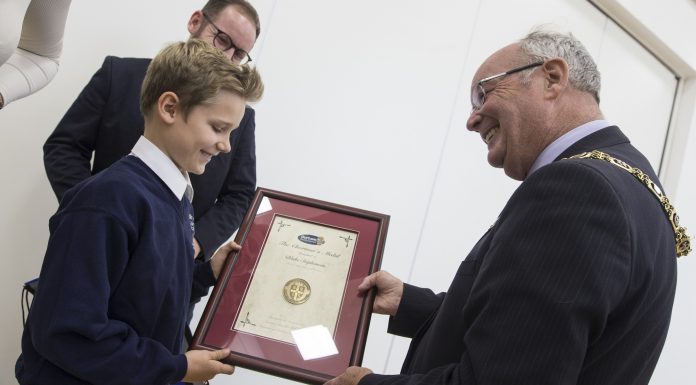