A 73-year-old street entertainer who was last month bullied by a yob has been helped by a clever Durham teenager. Magician Alfie Hill was performing on a bridge in Durham City Centre when a drunken man snatched a horseshoe-based puzzle from him and hurled it into the River Wear.

Mr Hill said, “He came along and as I was giving a balloon animal to a child, he took an inflated balloon. I took the balloon out of his hand and presented him with the horseshoe puzzle and I said, ‘Take the ring off and I’ll make you anything you like.”’

“He looked at it saying, ‘I don’t want that effing so-and-so’ and he threw it straight in the river. I just burst out crying.”

The horseshoe puzzle was of great sentimental value to Mr Hill. He said, “I bought this (puzzle) thirty years ago and I’ve been performing it everywhere I go, all over the world; I’ve been working on ferries with this. I was devastated when it went in.”

CCTV footage showed a group of youngish men crowding round the magician on the bridge before one of them, well-dressed in a blazer, took the puzzle. Mr Hill said the men had been celebrating a birthday.

Mr Hill said, “I am quite famous for this puzzle and no other magicians are doing it. Normally when I present people with this and show them the trick, all I get is respect and politeness from even the toughest-looking people and teenagers.”

“What happened was quite shocking. I was very upset by it.”

But 13-year-old Jonathon Lambert, from Esh Winning, decided to help the entertainer. Along with his dad Michael and family friend Robert Chapple, he went to the River Wear at the weekend to attempt to find the puzzle with a magnet.

Mr Chapple said, “We went on Saturday, but the river was too high so we went out again on Sunday evening when it had gone down. We were hoping it wouldn’t have been washed away. We do a lot of fishing so we know the river inside out.”

“We had a big high-powered magnet on a 30-metre rope and we just kept throwing it in and we struck gold.”

“We were there for about two hours and it was on the last catch that Jonathon got it.”

The puzzle was soon returned to the magician. Mr Hill said, “I’m over the moon. I wasn’t expecting to get it back, but it’s amazing what they’ve done.”

“I’m overjoyed by it and it’s still in good working condition. I can’t wait to use it on the bridge again on Saturday.”

Alfie Hill has been entertaining people on the streets of Durham for over twenty years. Mr Hill, who also performs at children’s parties, has 12 grandchildren and three greatgrandchildren.

Durham Police have confirmed that the man who hurled the puzzle into the Wear has turned himself in and that they will be interviewing him shortly. 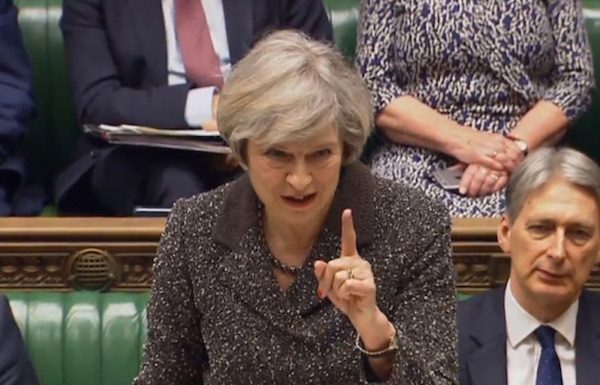