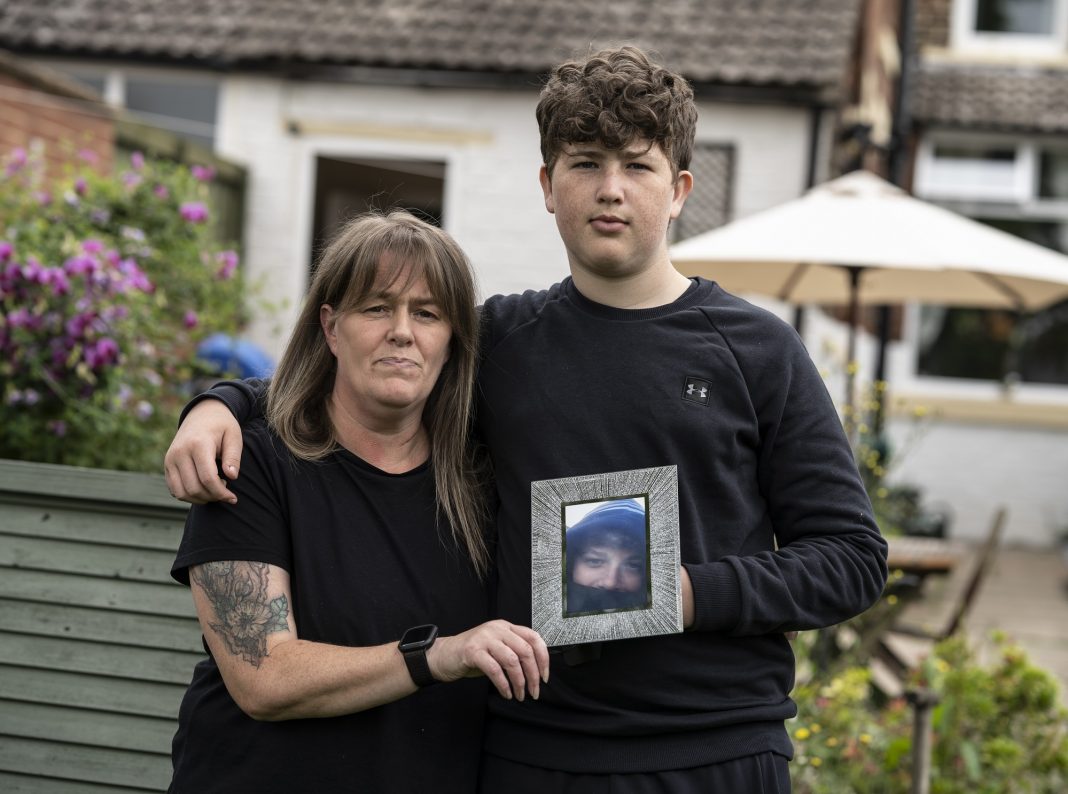 The family of a County Durham teenager who drowned after jumping into a river has urged young people to be safe around water.

Cameron Gosling, 14, from Crook, experienced cold water shock and drowned after jumping into the River Wear near Bishop Auckland, on 5 July 2015.

Ahead of the fifth anniversary of his death this Sunday, his family has joined with the Safe Durham Partnership as part of its Dying to be Cool campaign, in urging young people not to go into rivers or any other open water without acclimatising: splash a good amount of cold water over yourself with a bucket or water bottle, and enter the water gradually. After that, it is safe to dive in.

Cameron’s mum Fiona Gosling said: “It is difficult to believe it has been five years since we lost Cameron, I still remember that day so vividly.
“There will always be a hole in our family because we have lost Cameron and not a day has passed without us thinking of and talking about him.
“We miss him so much and the pain we still live with five years on could have been prevented if we had known about cold water shock, and he had not jumped in.
“On behalf of our family, we would beg every young person thinking about going swimming in a river or lake this summer to go into the water slowly to let your body acclimatise.
“Please don’t jump in – you might never go home and your family’s lives will be turned upside down forever.”

The Dying to be Cool campaign, led by Durham County Council, aims to make 10 to 16 year olds and their loved ones aware of the dangers of jumping into cold water.
In previous years, representatives from the council and County Durham and Darlington Fire and Rescue Service have gone into secondary schools to deliver assemblies on cold water shock.

The lockdowns and the closure of many schools in recent months have prevented the assemblies being offered this year. However, as an alternative, the council has provided all schools with footage of one from last year to show to students if they are able.
In the footage, Mrs Gosling tells children about how the family has been impacted by the loss of Cameron.

“In life now, we’ve missed out on all of Cameron’s milestones… He didn’t get his exam results. One of his dreams was to learn to drive and take his dad to France. So he is not going to drive the car that we would have bought. He didn’t get to see his eighteenth. He missed his prom. I am not going to see him get married and I’m not going to get grandkids.”

“He lost his inspiration. Cameron taught Cyle everything. From how to cheat at video games, how to do tricks on the scooter…
“He would tell you that he lost his hero. So everything that Cyle has now has Cameron’s face plastered all over, whether you’re looking at phone cases, blankets, pillows – everything has Cameron on it. But the most important thing he would tell you he’s lost out on is his best friend.”

Cllr Lucy Hovvels MBE said: “We know it has been a difficult year for young people with not being able to go out because of the coronavirus restrictions.
“Now these are gradually easing, and we are starting to see some warm weather, it is inevitable young people will be playing by rivers.
“Our simple message would be to remember what happened to Cameron and to make sure they acclimatise if going into the water, to guarantee they get home safely and that their families do not have to suffer.”
Glen Stewart, community safety manager at the fire and rescue service, said: “The coronavirus pandemic has seen many more people exploring and enjoying the beautiful county that we live in, and we want everyone to be able to enjoy the outdoors safely. We understand that going into open water can be tempting, especially when it is warm and sunny, but we are encouraging all members of the public not to take risks.

“Although the water looks inviting from the surface, it is still cold enough to induce cold water shock, not to mention the dangers lurking beneath that you cannot see from the surface. Don’t swim in open water unless there is a lifeguard, always let someone know where you are going and call 999 in an emergency”.

Neighbourhood Inspector Chris Knox, from Durham Constabulary said: “As we will hopefully get some warm weather in the weeks and months ahead, we’d like to remind people about the perils of playing in or diving into the water, having been in the sun and then entering the water, cold water shock can seriously impair a person’s ability to swim.

“We’ve seen a number of tragedies in other parts of the country, and we are keen to do anything we can to prevent a needless loss of life in County Durham and Darlington.

“Entering the water while under the influence can also have devastating consequences, and we’d advise strongly against that.

“We simply want to reinforce the message that open water, whether on the coast, lakes or rivers can be life-threatening and would encourage people to stay out of the water where they can.”

Meanwhile, the Environment Agency has this week issued the following advice for people on how to stay safe around rivers and canals:

• Don’t jump or dive in as the depth may vary and there can be unseen hazards.
• Don’t go in near weirs, locks, pipes and sluices. These and some other water features are often linked with strong currents.
• Inland waters can be very cold, no matter how warm the weather. Those going into cold water can get cramp and experience breathing difficulties very quickly.
• Keep a look out for boat traffic. Boaters, especially on larger vessels, can find it very hard to spot swimmers.
Parents and guardians can help keep children in their care safe by:
• teaching them to swim
• warning them not to go into water alone, or unsupervised
• ensuring they know where the children are and what they are doing
• supervising them closely when near any open water

To find out more about cold water shock and Dying to be Cool, visit www.durham.gov.uk/dyingtobecool