Home Entertainment NEXT ROUND Extended with Onstage: Online Festival 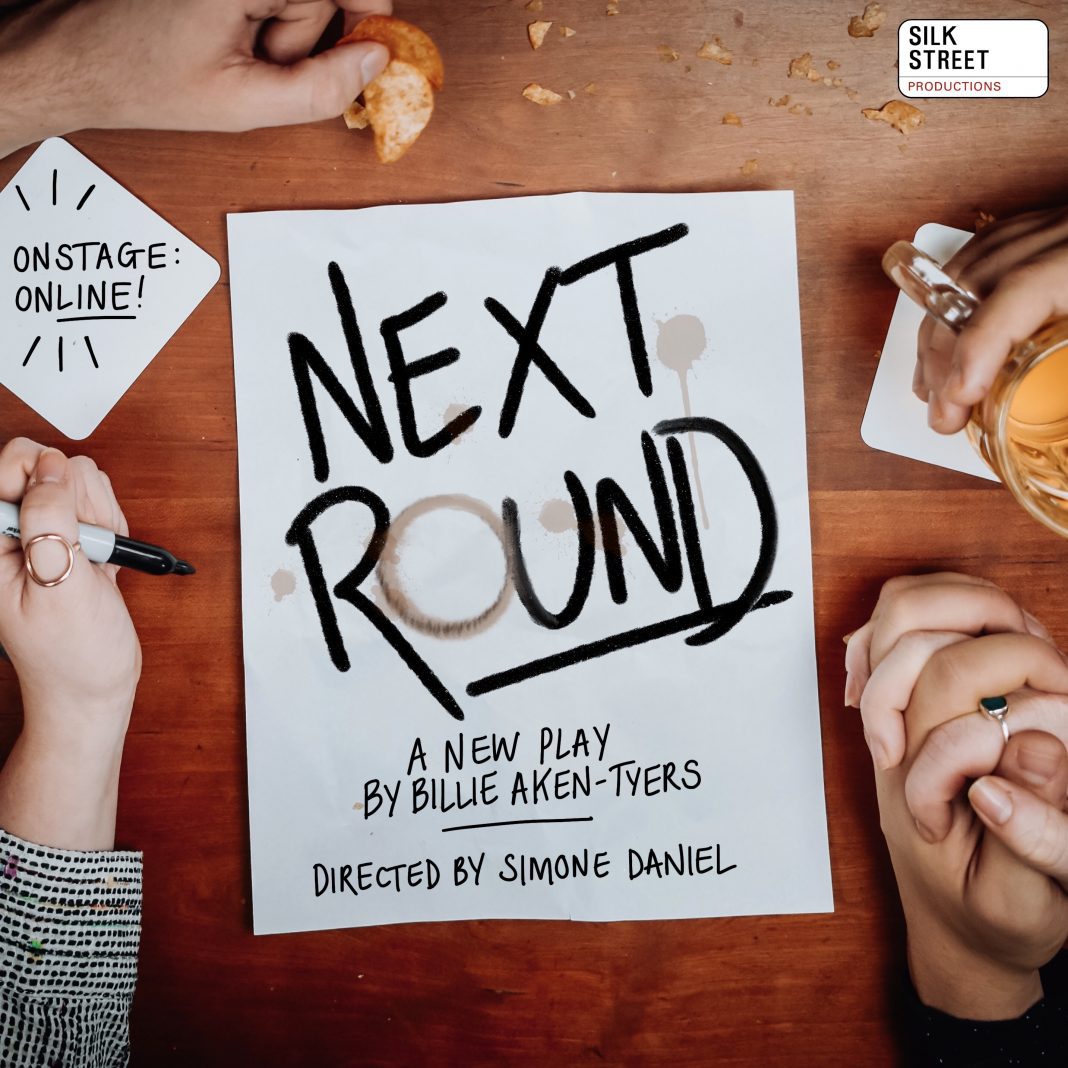 After premiering at the 2019 Scranton Fringe in Pennsylvania, NEXT ROUND returned to the UK to open the Onstage: Online Festival, in association with Durham’s Gala Theatre and The Assembly Rooms.

Originally scheduled for a limited one-week run online, the production has now been extended and will be available until Monday 29th June. This extension will be promoted in association with the nationwide #TPEstayhomecation campaign from Trans Pennine Express.

Written by Billie Aken-Tyers and produced by Eliza Shea at Silk Street Productions, NEXT ROUND, was originally set to run at Underbelly before the Edinburgh Fringe Festival was cancelled due to the lockdowns. A modified one-hour version of the play premiered on 11th June, as the opening digital production of Onstage: Online.

In a small town in the North East of England, Steph’s Dad has just died, and it’s up to her best friends Ant and Harry to pull her through the worst year of her life. In a year of transition, three friends discover who they are, how to grieve and that growing up is realising that no one knows how to be a grown up… all through the medium of a good old-fashioned Pub Quiz.

NEXT ROUND, which also stars Billie Aken-Tyers as Steph, follows the huge success of her first play, YOUR ALICE, which enjoyed sell-out runs at BAM (Off-Broadway) and the Edinburgh Fringe Festival in 2018, and a star-studded industry reading at the Arcola Theatre, London.

Also returning to the cast is Luke Antony Neville, who is joined by new additions Dean Bone and Ben Welford. All four cast members hail from the North East of England, which for director Simone Daniel is “Really exciting. There are a lot of shared experiences there: they really are part of that world”.

Producer Eliza Shea said that “With cast and production team members scattered across the US and the UK, we were proud to have been able to bring the company together to create this special piece of digital theatre. We are so glad to be extending our online run and can’t wait to present it to live audiences in 2021”.

“Celebrating culture and creativity in quarantine, Onstage: Online is designed to showcase and support theatre makers during the Coronavirus crisis. The Gala has teamed up with The Assembly Rooms to present a series of pieces, via the Gala Theatre YouTube Channel, created while the UK stays at home”.

NEXT ROUND was commissioned to open the festival and premiered online on Thursday 11th June. For more information, please visit silkstreetproductions.com.