Theatregoers will soon be able to relive memories of their schooldays – thanks to a fast-moving comedy set in a secondary school.

Teechers – which will run at Durham’s Gala Theatre until Saturday 11th May – is sure to trigger quite a few recollections.

The play will feature a host of familiar characters – from school bullies to the gormless kid who always forgets his PE kit.

Teechers – set around the idea of ‘a play within a play’ – follows three soon-to-be school leavers as they rehearse and perform an end-of-term show.

The pupils’ play is based on the experiences of their own drama teacher, particularly his first few difficult days as a new member of staff at their tough comprehensive.

Just like the Gala’s recent productions of Educating Rita, Talking Heads and Two, Teechers is being produced, designed and directed in County Durham.

And – following their success with Two – director Tom Wright and theatre designer Hannah Sibai are also working on Teechers.

The Gala Theatre’s arts programme manager, Jo Cundall, said, “There’s a real sense of excitement here at the Gala at the moment.”

“Teechers is such an energetic, fun and intelligent production, and I’m sure it will strike a chord with so many people.”

“Everyone involved is passionate about putting on the best possible show, so book your tickets now to avoid missing out.”

John Godber is the UK’s third most performed playwright – after William Shakespeare and Alan Ayckbourn – and is renowned for his observational comedy.

Teechers will be performed each evening until Saturday 11th May at 7.30 pm, except for Wednesday, when the show will begin at 6.00 pm.

There will be additional shows at 1.00 pm on Tuesday and Thursday. 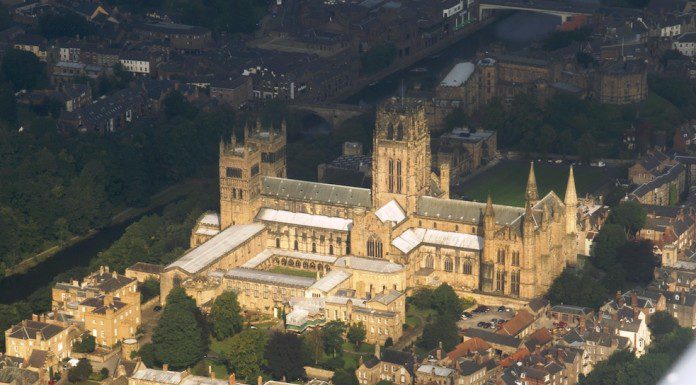 The History and Changes of Dun Cow Lane

Don’t fancy Uni? There are Apprentice Training Schemes that will help Young People to...

Dark Novel ‘Lord of the Flies’ Coming to Durham Stage