Two County Durham schools have seen their Ofsted ratings go up from ‘good’ to ‘outstanding’.

‘Outstanding’ is the highest Ofsted ranking available. Ofsted – the Office for Standards in Education – is the government body responsible for inspecting and grading nursery, primary and secondary schools, as well as further education colleges.

At Durham Sixth Form Centre – in Durham City – inspectors were impressed by the students’ appetite for learning and achievement.

The inspectors also noted that the centre expected its students to demonstrate academic, personal and vocational excellence.

Ofsted found that Durham Sixth Form Centre had rigorous systems in place to monitor student progress and that the progress made by every student was substantial and sustained.

Results in both academic and vocational subjects had been above the national average in 2016, and the centre’s information systems showed that its students were on course to achieve even better results in 2017.

Student behaviour was also praised with the inspectors noting that the students were polite, as well as being respectful of differences and diversity.

Maintained by the local council, Durham Sixth Form Centre is attended by around 1,400 students. There are only another five institutions of this kind in the country.

Sedgefield Community College has also drawn praise from Ofsted. The school – which has recently invested £17.1 million in new buildings – received its outstanding rating thanks to factors such as its safe and beautifully maintained site and the excellent behaviour of its pupils.

Ofsted were impressed by the ambition and determination of the school’s leaders, and the fact that the number of pupils achieving top GCSE grades in English and maths is well above the national average.

Sedgefield Community College was also praised for the support it gives to disabled pupils, pupils with special needs and pupils who enter the school with lower levels of attainment.

Durham County Council’s head of education, Caroline O’Neill, said, “Very few secondary sector schools are judged ‘outstanding’, in all aspects, under the new and more rigorous measures of success for secondary schools, which were introduced in 2016, so it is pleasing that both schools have secured this endorsement of the quality of education they provide.”

“It reflects the commitment and dedication of governors, school leaders and all staff in both establishments.” 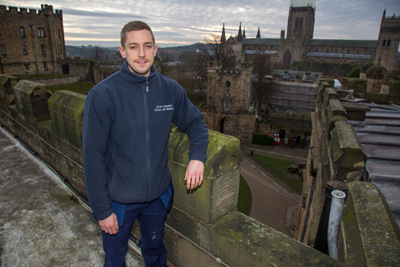