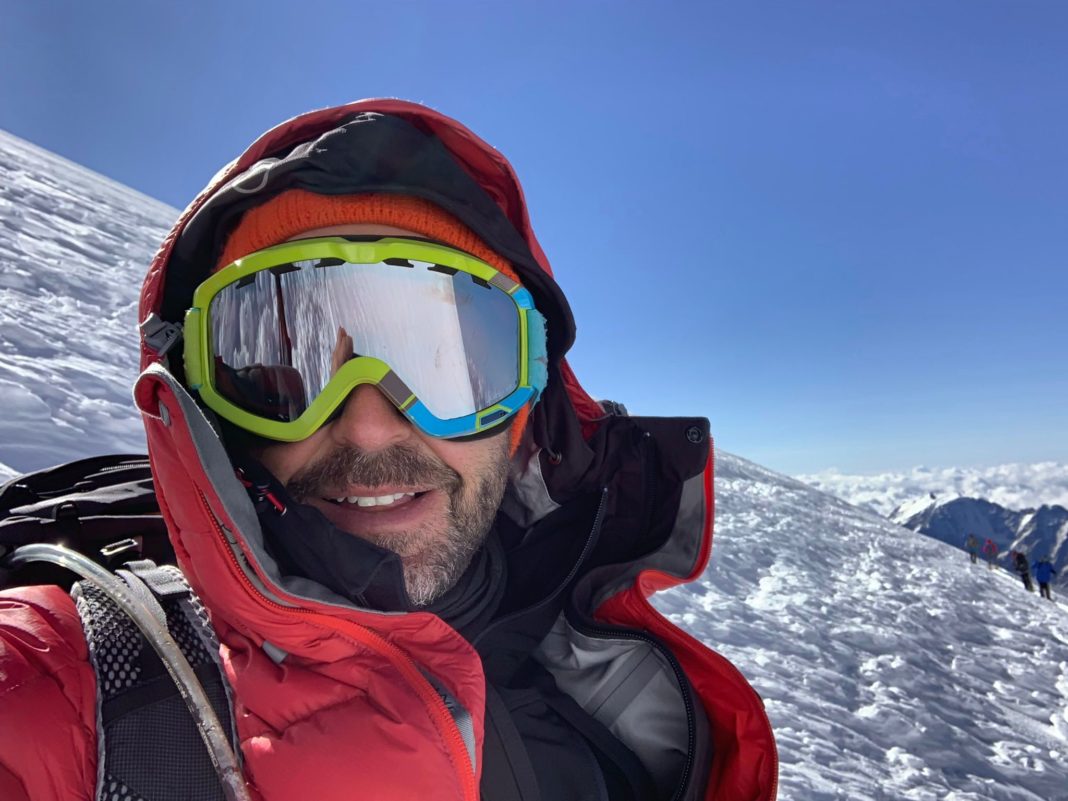 The co-founder of a Northeast-based men’s healthcare and well-being business is to take on one of the biggest challenges of his life climbing four of the world’s highest mountains to raise money for a local children’s charity Heel & Toe, which is dedicated to supporting children with cerebral palsy and physical disabilities in the North East.

Ross Tomkins, the co-founder of Alphagenix, which helps educate and treat men on male hormonal health, will take on the Four Summit Challenge over the next 12 months and aims to raise £50,000 for the charity. Both Ross and his wife Joanne are ambassadors for the charity. Together both Ross and Joanne will personally fund the expedition costs for Ross to ascend all four mountain summit’s. This will mean that 100% of the funds donated and  raised for the expedition will go to the Heel & Toe charity.

Alphagenix will also be sponsoring the charity fundraise and have pledged £10,000 towards the £50,000 target to start the fundraising effort off. Ross, a father of two from Ponteland, is also hoping to encourage other businesses from across the Northeast to sponsor his fundraising initiative and help raise much-needed funds for a charity that serves the children across the region.

The Heel & Toe charity was set up in 2008 by Paul Bannister, whose daughter has cerebral palsy – and  is the only dedicated charity in the Northeast to offer free conductive education to children with cerebral palsy and other physical disabilities. The charity offers a wide range of services, including assessment and treatment, physiotherapy, speech and language therapy, conductive education, occupational therapy, hydrotherapy and holiday clubs. The charity receives no Government funding and relies solely on the generosity of the public and businesses across the Northeast.

Adventurer Ross is no stranger to the mountains and has previously climbed Kilimanjaro in Tanzania, Mount Elbrus in Russia, Mount Toubkal in Morocco and Mount Rainier in Washington State.

“I am really excited – and a little bit daunted – about the four-summit challenge ahead. It’s an important challenge – both physically and mentally – and one that I wanted to undertake knowing that our goal was to support the children at Heel & Toe.  Our aim at Alphagenix is to raise as much money and awareness as possible for this incredible charity, which does such amazing work for children with cerebral palsy and physical disabilities.  It’s really important that businesses from across the region help fund and support the work that is being done for our children, something that resonates strongly with me as a father.

You see children like Lucy Scott, who was diagnosed with cerebral palsy at the age of 22 months. She came to Heel & Toe at the age of five and the charity supported her with conductive education and weekly physio sessions for her movement. In 2020, aged 12, she ran in the Mini Great North Run to raise money for the charity, now that’s truly incredible and inspiring to us all.”

Ross who is a qualified Physiotherapist, has started his training and preparation for the event with his first mountain challenge in June of this year.

He plans to start his first ascent of Mont Blanc in the French Alps in June, which stands at 15,777 feet and is widely known as the birthplace of modern mountaineering.

In the same month, he will then fly to Argentina and attempt the Aconcagua. which is in the Andes mountain range and peaks at 22,841 feet. Aconcagua is the highest mountain in the Americas.

Ross will then travel to Indonesia in March 2023 to tackle the Carstanz Pyramid a mountain on the island of New Guinea, which has an elevation of 16,024 feet, making it the highest mountain peak on an island on Earth.

His final ascent will be the mountain of Denali in Alaska, which is the highest mountain peak in North America with a summit elevation of 20,310 feet above sea level. Denali is the third most prominent and third most isolated peak on Earth after Mount Everest and Acongagua.

“ Physiotherapy is a vitally important part of the overall therapy and well-being work that is done with disabled children and those with cerebral palsy at Heel & Toe. The Physiotherapy  assists the children with their movement and mobility. As a qualified physiotherapist who understands the importance of this work to the charity it was a natural progression for myself and my wife Joanne to support the amazing work and vision of this charity as ambassadors and parents.  It’s incredibly rewarding when you take on challenges like this to know that every £1 we raise is literally going to change and transform children’s lives.”