Like so many others, this weekend I have been captivated by the success of the Great Britain Team winning Gold, Silver, and Bronze medals, and those who didn’t get a medal but gave their all in trying, in the Rio Olympic Games.

Super Saturday from the London Olympic Games has been replaced by Super Sunday with a Gold and Silver medal rush taking Team GB to second place in the medal table. Fabulous!

Durham’s own Jess Eddie was part of the Women’s Eights rowing team that won Silver for us all to be proud of. Durham has a proud reputation when it comes to rowing courtesy of the annual Rowing Regatta and the regular activity on the River Wear. Zoe Lee from Richmond was also part of the successful rowing team. This represents the best ever result and first Olympic Medal in this particular discipline. Any medal achievement is a supreme success, competing on a day with the cream of the Worlds athletes is a marvellous achievement in itself, those who do not succeed in gaining a medal can be proud to say ‘I am an Olympian’. However, for a Country that always punches above its weight in everything that it does the Olympic success is a marker that says ‘we’ are a power to be reckoned with. In the Sporting World these fine young people will continue to carry the Union Jack across the Globe to remind the World that we are made of true grit. Especially, those of us blessed with having been born North of the Humber.

The Men’s Eights rounded off the Rowing success with another Gold medal.

Next time you buy a Lottery ticket just think for a minute that much of the funding for our young athletes comes from Lottery Funding, plus Sports England who provide the excellent facilities around the Country in support of our athletes. Sports Science is the underlying asset that is helping Team GB to win time and again gaining the best performance levels safely, and cleanly. From the dark days when the GB Medal count was in single figures and one Gold Medal was an amazing achievement we have come a long way thankfully. One recalls the days when the ‘Eastern Block’ countries sent athletes so full of steroids that they became androgynous lumps of muscle, one would like to believe that international sport is now clean(er) and more in keeping with the true ethos of fair competition, with a true legacy that will benefit our children and young people.

Looking at the regular rowers on the River Wear, our streets pounded by legions of runners and cyclists, one wonders who the next Olympian will be, someone who will put Durham on the World map yet again and for all the right reasons.

Now, where are my trainers? 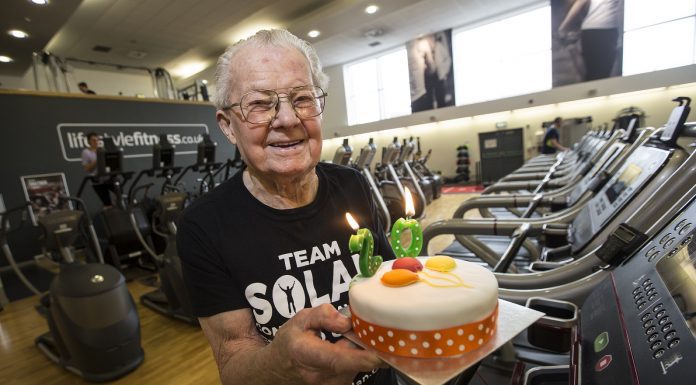