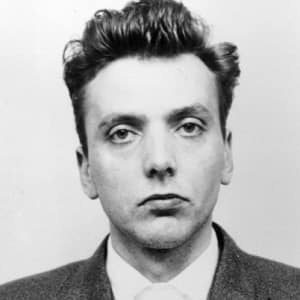 Durham prison is a notorious prison for class B men from around England and is well known for being one of the best prisons in the country. But it wasn’t always class B. Historically known as a class A prison – and a home of some of the worst criminals in England – Durham has become acquainted with the worst of the worst.

But who exactly are they?

Well, it’s my job to tell you: welcome to the Children of the Moor.

Our first Culprit was born and raised in Glasgow, Scotland to a Miss Peggy Stuart. As a single mother who had to work two jobs just to support herself, Peggy was unfortunately forced to put her four-month-old son up for adoption. He was soon adopted by a couple but continued to have visits from Peggy until he was 12. Although he continued to see his birth mother, he was never aware of who she actually was – and never knew the identity of his father. Due to this, he grew up lonely and started to gain some difficult behaviours, such as temper tantrums when he couldn’t get his own way. But who would suspect a temper tantrum from a child to be deadly? Aren’t they normal?

Skip a few years into the future, and the young teen began to sense a fascination with the Nazis and the politics surrounding them; this soon led to him starting a career in petty crime and burglary. One house became two, and two became three until he soon saw the age of 16 and was forced to move back in with Miss Peggy and his new step-father – Patrick Brady.

This is the life of Ian Brady.

After the young Ian Brady had settled in with his “new” family, he decided to replace the hole in his heart with a new father, and soon legally changed his surname to Brady. To any teen, a new family and new name would scream a new opportunity to start afresh, but not to the young Brady; he continued to delve into the world of The Third Reich and the writings of Marquis De Sade, alongside numerous other sadistic authors. This was only fuel to the fire, as Ian continued to commit petty crimes until he was sentenced to Strangeways Prison at 17.

In 1957, Ian Brady was released from prison and he found it found it hard to land a stable job. This led him to move from place to place, never holding a career for too long until he moved elsewhere. That is until the year 1961 when he found a job as a stock clerk in Manchester.

It was here that he met Myra Hindley.

Almost instantly, Myra became infatuated with Brady and found herself confessing her desires and writing love letters to Ian in her diary. To her, Ian was perfect – he was intelligent and romantic, and everything that she wanted. He was Myra’s first love, and she may no effort to contain the obsessive feelings she had towards him. It wasn’t until a year later that he finally noticed her and the two started a new journey together.

Once together, Brady was quick to show Hindley his political views with the writings of Hitler and De Sade. Blinded by love, Myra was accepting of every tale he had to tell, and this led her to soon be under his control as she began to style and dress in ways that would please him. Brady became encouraged by this acceptance, and decided to test the waters by convincing her with stories of rape and murder being the “supreme pleasure”.

These stories were all Myra needed for the ultimate way to win Ian over.

Hell began to rise between the couple when the 16-year-old Pauline Reade was introduced to the picture. The girl was on her way to a dance when she was introduced to Myra, who then convinced the girl to join her on a journey to Brady. Reade was unaware that this was a journey to her death. Once the pair arrived and met with Brady, the couple wasted no time to test the boundaries with their newest fascination. Reade was raped, beaten and stabbed before being buried in the Moors.

The next victim on the Brady and Hindley list was that of 12-year-old John Kilbride. Only a student in school, he was taken on this unholy day. No evidence was found for the boy, he simply just disappeared. John Kilbride was never seen again.

While on his way to his grandmothers, 12-year-old Keith Bennet disappeared. Once again, Hindley had set of to work to find a new prize, and had lured young Keith into her car before driving to meet Brady on Saddlesworth Moor. Ian then took Keith to a gully by a stream where he raped, strangled and buried the boy. A police investigation was carried out for the disappearance, but he was already underground.

The youngest of them all. Lesley Ann Downey was only 10 when she disappeared from a fairground. Another large police investigation was carried out, but the young girl had already met her fate with death. No clues had been found.

Hyde police station were met with news that would find justice for Brady and Hindley when 17-year-old brother in law, David Smith came forwards with tales of violent murder. David Smith was already aware of Brady’s political standing, but didn’t expect to witness the couple murder the 17-year old Edward Evans with an axe. Smith went further to say that afterwards the couple began to laugh and tell him tales of previous antics with the children of the Moor. The police (already family of a few names mentioned) began an investigation against the couple and set out to find out exactly what had happened to the young children. With David admitting to helping the couple with the removal of the Evans body out of pure fear, the police now had a lead on where the others may be.

Digging Up the Past

The first body to be found was that of Lesley Ann Downey – at the young age of 10 – on October 10th, 1965. Only eleven days later the body of John Kilbride was also found.

At first, the police were sceptical that Ian Brady and Myra Hindley could be capable of these crimes, but after a sweep of their house they found a ticket which led to a locker in Manchester. This locker was filled with sadistic gadgets and pornographic images of little Lesley Ann Downey. Unfortunately, the evidence for John Kilbride was not as substantial, but was still enough for the couple to be sentenced.

Ian Brady spent the first few years of his life sentence in HM Prison Durham, but tried starving himself to death. This led to him being transferred to Wormwood Scrubs in the 70s.

As of 2011, Brady was the longest prisoner to serve time in all of England and Wales.